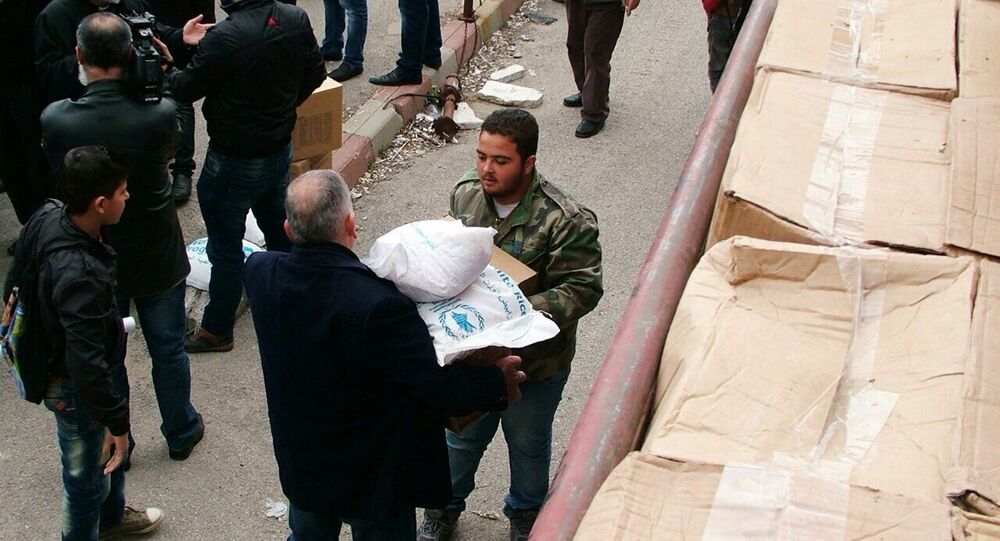 Russia has delivered over 6 tons of humanitarian aid to Syria’s Aleppo province in the past 24 hours.

© REUTERS / Omar Sanadiki
Russia Sends Over 14 Tonnes of Humanitarian Aid to Syria's Aleppo
HMEYMIM (Sputnik) – The Russian center for Syrian reconciliation has delivered over 6 tonnes (metric tons) of humanitarian aid to Syria’s Aleppo province in the past 24 hours, helping hundreds of civilians, the center said in its daily bulletin.

"Within [the] last 24 hours, the Russian Centre for reconciliation of opposing sides has held 4 humanitarian events in the Aleppo province," the bulletin, posted by the Russian Defense Ministry on Friday, says.

Russia has been carrying out regular humanitarian aid deliveries to Syria, where people are suffering from the consequences of ongoing fighting between government forces and terrorists, such as the Islamic State (ISIL, also known as Daesh) terrorist group, banned in Russia and a range of other countries.

Russia has been supporting Damascus in the fight against terrorists since the beginning of the military crisis in Syria in 2011.