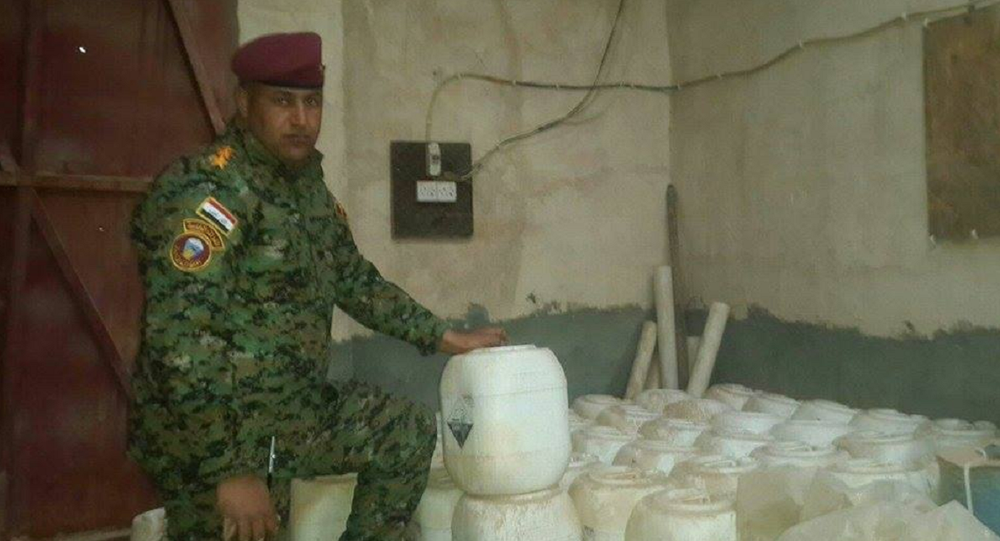 Daesh is Using Chemical Weapons: Why Is the Mainstream Media Keeping Quiet?

A few months ago, the use of chemical weapons by the Daesh terrorist group was in the news seemingly daily. Now you hardly ever see a thing about them, and they’re treated as no big deal. So what happened?

It's not like the attacks stopped: this weekend alone, more than thirty Iraqi soldiers participating in the Battle of Mosul were treated for injuries sustained in chlorine gas attacks.

Iraqi and US military spokespersons are in agreement on the reason for the low coverage of gas attacks: they're an ineffective weapon being used by a desperate, cornered opponent. In a statement to Pentagon reporters, coalition ground forces commander Maj. Gen. Joseph Martin said that Daesh "has used chemicals in the vicinity of Mosul but the chemicals have had no impact on the Iraqi security forces. It had no impact on our forces."

In early March, Iraqi Prime Minister Haider al-Abadi claimed that allegations of Daesh chemical attacks in Iraq were "wrong" and "what happened actually [was] just a mixture of smoke and gas," which has "a limited impact."

But the song being sung by the US and Iraqi governments isn't everyone's tune. A Kurdish official, speaking on the condition of anonymity, claimed that "multiple gas attacks did take place over the past week and that the military casualties were not known," but coalition forces deliberately quashed the story and obscured the figures.

According to London-based analyst group IHS Conflict Monitor, Daesh has used sulfur and chlorine weapons at least 52 times in Iraq and Syria since 2013. Luqman Ibrahim, an anti-Daesh Yazidi battalion commander, says that more than 50 of his men have sustained injuries from chemical-based weapons. A March barrage of chemical rockets on the town of Taza has killed one and injured 800.

"We believe Daesh is weaker than in the past, so they need to defend themselves with mines, IEDs and chemical weapons," said Brig. Gen. Hajar Ismail, director of coordination and relations at the Kurdistan Regional Government's Ministry of Peshmerga in an interview back in October. "We believe they will use more chemical operations as the Mosul operation starts."

The reason behind the discrepancy? An Iraqi intelligence source told Fox that the coalition is focused on "maintaining the psychological state of the soldiers," and is worried that media exposure of chemical attacks could shake the already-fragile ties of the coalition as well as make Daesh appear more fearsome.

Chemical attacks rarely kill, but they're scary as hell. Conventional wisdom holds that they wreak havoc on the morale of soldiers to keep fighting due to the horrific injuries they can cause. This has caused them to be banned from use in warfare by the 1925 Geneva Protocol.