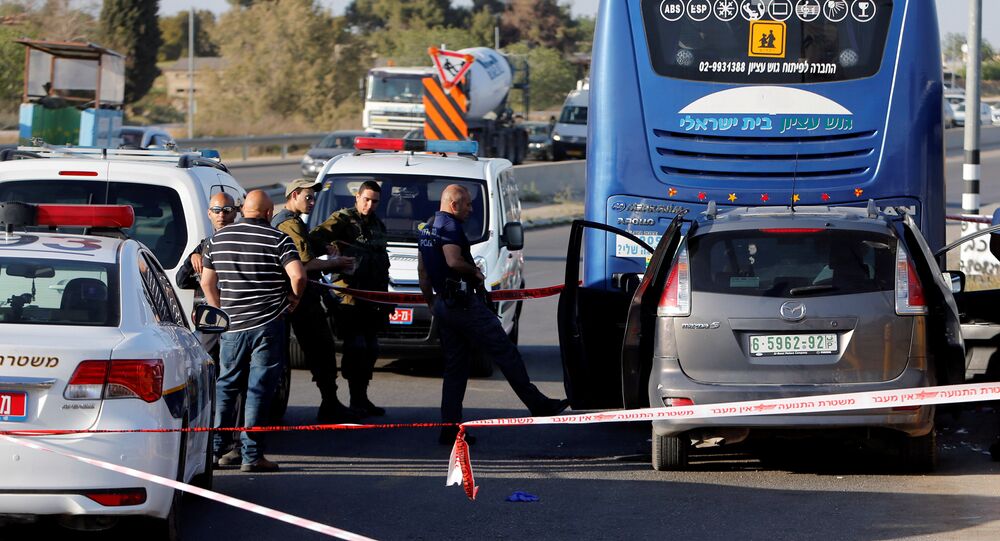 Palestine’s Foreign Ministry denounced Thursday the killing of a Palestinian national by Israeli soldiers after a ramming incident allegedly involving the victim's car near the Palestinian town of Bethlehem in the West Bank on Wednesday.

MOSCOW (Sputnik) – A spokesperson of the Israel Defense Forces (IDF) has said earlier that the Palestinian attacker rammed his vehicle into a group of civilians at the Gush Etzion Junction, south of Jerusalem and injured one person.

The ministry described the Palestinian man, identified as Sohaib Mashahreh, 21, as "a victim of the Israeli army’s death game they play against Palestinians," the WAFA news agency said.

The ministry stressed that Israeli soldiers kill Palestinian nationals in Israeli-occupied areas on a daily basis, citing the Palestinians’ alleged attacks on Israelis as the reason for opening fire.

Tensions between Israel and Palestine have continued to escalate through the years. Currently, Palestinians seek to create an independent state in the West Bank and the withdrawal of Israel from the Palestinian territories it occupied after the Six-Day War in 1967.