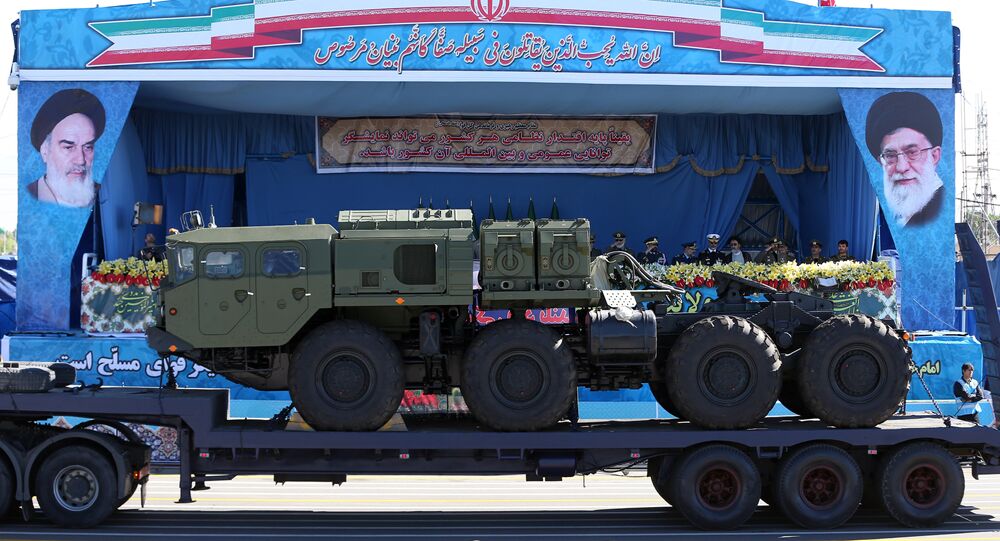 On the domestic celebration of Army Day in Iran, President Hassan Rouhani issued a firm order to state security forces and the Iran Revolutionary Guard: Stay out of politics.

Iran’s state army and the independently run IRG have "followed recommendations and not interfered" for 30 years, Rouhani said Tuesday, emphasizing "that is important." As Rouhani preached before his country on TV, potent S-300 missile systems and battalions of soldiers marched in unison before his podium.

According to Rouhani, the IRG and security forces exist strictly "to defend Islamic Iran and act as an active deterrent," adding that Iran’s military power "is not aimed at any of our neighbors."

The comments come at a pivotal time in Iranian politics. On May 19, Iranians will hit the voting booths to cast ballots for the next president of the country. About 1,600 applicants put forth their best bids to Iranian authorities to run for president, 137 of whom are women, Step Feed reports.

Just six of the would-be politicians will be on next month’s voting ticket. The final candidates are chosen by the all-male Guardian Council of the Constitution. One of the applicants, Azam Taleghani, is the daughter of the late Grand Ayatollah. The odds aren’t in her favor to land on the ballot, but that didn’t alter her swagger in making a stand.

Rouhani’s current boss, Grand Ayatollah Ali Khamenei, used to serve as the president of the IRG. In Rouhani’s 2013 bid for office, he campaigned on promises to improve economic growth, strengthen Iran’s regional ties and relax tensions with the West. Rouhani’s nuclear deal with the US, Russia, the UK, France, China, Germany and the EU is widely considered the crown jewel of the incumbent’s presidency that will be touted as evidence of his success.

Ebrahim Raisi, a prominent Iranian cleric, is predicted to be Rouhani’s foremost conservative challenger in May’s elections. The conservative is angling for a tougher stance against the West, alleging that Iran’s economy has failed to significantly improve since sanctions were lifted in January.

Sir Richard Dalton, former British ambassador to Iran, told Newsweek that it would be more difficult to "reestablish diplomatic links under Raisi than it would be under Rouhani," adding that a Raisi win "could kiss goodbye any relaxation."

On Army Day, Rouhani exhibited a moderate posture, according to remarks published by the IRNA news agency. While stating that Iran "should always be vigilant" toward conspiracies, "our moves are aimed at de-escalation of tensions," which seems to entail keeping the IRG’s political influence in check.