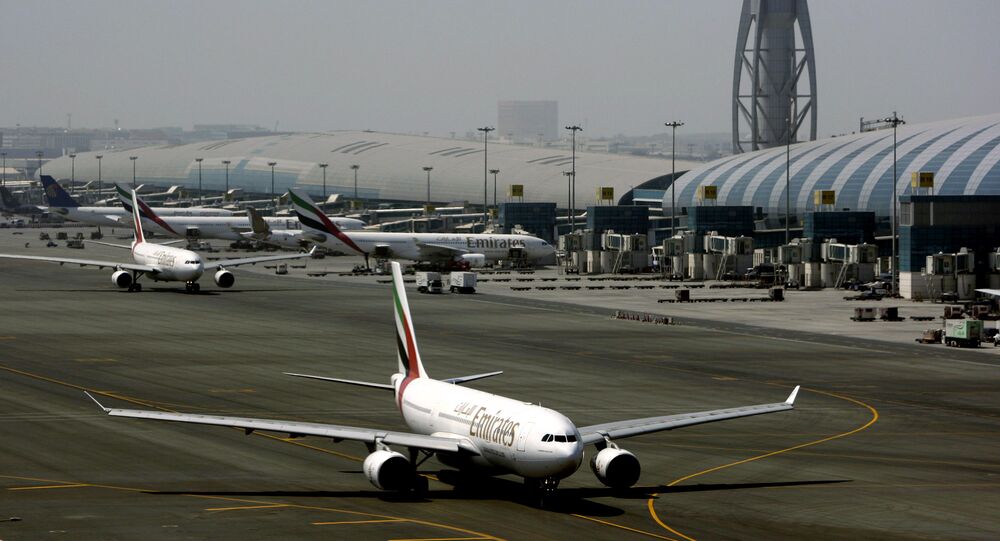 Not Coming to America: Emirates Cuts Flights to US, Citing Trump’s Policies

The largest airline in the Middle East is cutting a fifth of their flights to the United States, citing tougher security measures and the policies of US President Donald Trump.

© AP Photo / Brandon Wade
Emirates Adjusts Flight Crews on US-Bound Flights to Comply With Trump’s Order
Emirates, the Dubai government-owned airline, claims that the Trump administration’s attempts to bar travellers from six Muslim majority countries has hurt their business, despite the ban being blocked by US courts.

The airline also cited his administration’s ban on laptops and other personal devices from carry-on luggage on flights travelling from 10 cities, including Dubai.

The Emirates’ hub at the Dubai International Airport is the third busiest airport hub in the world.

"The recent actions taken by the US government relating to the issuance of entry visas, heightened security vetting, and restrictions on electronic devices in aircraft cabins, have had a direct impact on consumer interest and demand for air travel into the US,"  Emirates said in a statement.

Business had been booming for Emirates under the Obama administration, but the airline claims they have seen a significant loss in growth and performance since Trump took over. They said in a statement that there has been "a significant deterioration in the booking profiles on all our US routes, across all travel segments."

The decrease in flights will reduce the twice daily flights from Boston, Los Angeles, and Seattle to one per day, and the daily flights to Ft. Lauderdale and Orlando will be reduced to five per week, CNBC reports.