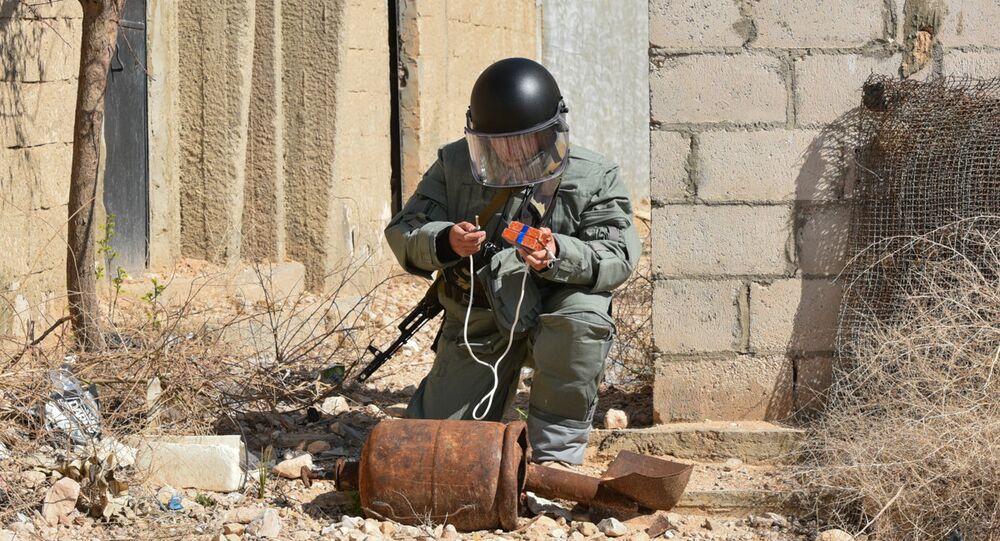 Media reports on Russia allegedly lowering the death tolls among its servicemen in Syria in the battles to retake the city of Palmyra are a "deceitful complication of rumours," Russian Defense Ministry spokesman Maj. Gen. Igor Konashenkov said Wednesday.

MOSCOW (Sputnik) – The Reuters news agency reported on Tuesday that the death toll among Russian forces in Syria stood at 21 over the period from January 29 until late March. According to the media outlet, this is more than four times higher than the official toll given by the Russian defense ministry.

"The whole text is a completely deceitful compilation of rumours compiled hastily to distract attention from a false performance with an alleged chemical attack in Syria’s Khan Shaykhun," Konashenkov said.

Not a single name mentioned in the media reports belongs to Russian servicemen, and the official data on such issue does not exist, he added.

"First of all, there was no official data on alleged ‘casualties in battles for Palmyra,’ it was never published and does not exist …Not a single name … belongs to Russian servicemen," Konashenkov said.

© REUTERS / Omar Sanadiki
Syrian Army Expanding Security Zone Around Palmyra
On March 2, the Syrian government forces regained control over Palmyra with the support of the Russian aircraft operating in Syria. The operation was carried out with minimal losses among the anti-terrorist troops.

© Sputnik / Michael Alaeddin
Key to Success: How Russian Mi-28 Gunships Add to Anti-Daesh Fight Near Palmyra (VIDEO)
Since 2011, Syria has been engulfed in a civil war, with government forces fighting against numerous opposition and terrorist groups, including al-Nusra Front and Daesh, banned in a range of countries, including Russia.