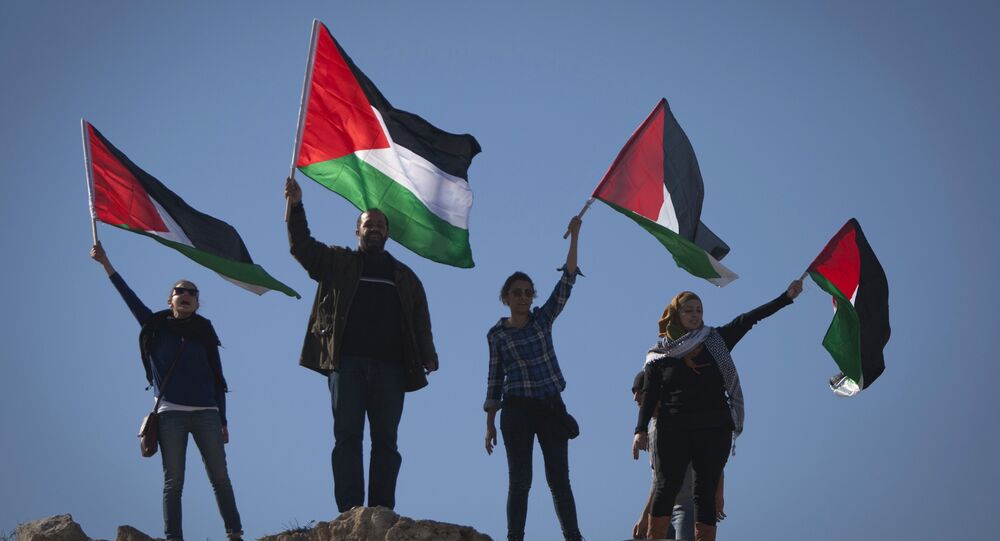 As a large-scale hunger strike within Israel’s prison system enters its second day, authorities are warning that there will be widespread rallies within the Middle Eastern nation in support of the peaceful protest action, as well as potential riots, though the hunger-strikers have disavowed violence.

After announcing the hunger strike, and quickly gaining the support of thousands of inmates within the Israeli prison system, organizer Marwan Barghouti, a Palestinian, was quietly placed in solitary confinement, according to Jerusalem Online. His transfer followed the publication of an op-ed he wrote that was published by the New York Times, explaining the anti-apartheid motivations for the peaceful protest action.

"Decades of experience have proved that Israel's inhumane system of colonial and military occupation" has led to this moment, Barghouti wrote, adding that Jerusalem "has violated international law in multiple ways for nearly 70 years, and yet has been granted impunity for its actions."

The hunger strike actions are a continuation of global calls, including those made by the UN, for Israel to end its apartheid-style occupation of the Palestinian territories and its ongoing subjugation of Palestinians. According to human rights group Addameer, more than 800,000 Palestinians have been placed in prison or otherwise detained by Israel in the past five years alone, a figure amounting to some 40 percent of Palestine's male population, including those under the age of 18.

The Israeli legal system is considered by many to be unofficially broken into two distinct branches, with one acting for Israeli citizens and another entirely devoted to the prosecution and punishment of Palestinians. The US State Department has noted that more than 90 percent of Palestinians charged in the military court system in Israel are found guilty and sentenced.

Seeking, in Barghouti's words, "to bury the legitimate aspirations of an entire nation," Israel is doomed to fail in its attempts at oppressing the Palestinian culture, as, according to the New York Times, he and his fellow hunger-strikers enjoy the support of at least eight Nobel Peace Prize winners and a minimum of 120 governments, as well as hundreds of world leaders and many other prominent global voices for self-determination.

The New York Times acknowledged that Barghouti is charged in Israel with five counts of murder, as well as being a member of a terrorist organization, charges similar to those brought against Nelson Mandela in the 1960s by the brutally oppressive apartheid regime in South Africa.

Barghouti did not defend himself during his most recent trial, refusing to recognize the legitimacy of the Israeli court.

"Our chains will be broken before we are, because it is human nature to heed the call for freedom regardless of the cost," he wrote.