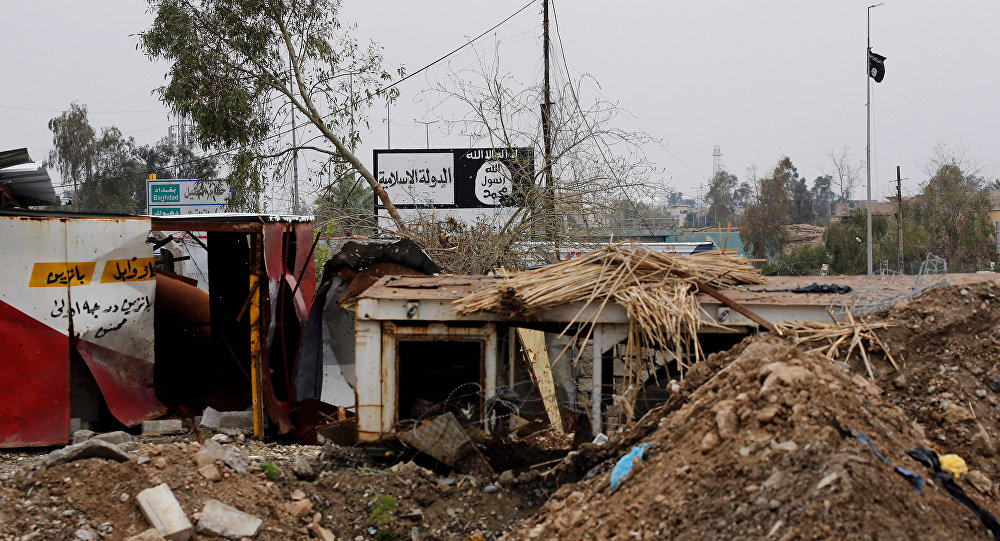 "The militants have placed snipers on the roofs of many buildings. There is a female prisoner with each of them, which they are using as a human shield from airstrikes. They weren't there before."

"Terrorists continue to use cars stuffed with explosives. Recently, the militants have added bombs containing the oil product 'kira,' which is similar to liquid tar. It increases the threat from the bombs because it disperses over long distances and sticks to the body, causing severe burns," al Surdji said.

Muwafak, an engineer from the city of Al-Qayyarah south of Mosul, told Sputnik that "kira" is easy for the terrorists to produce because local oil is rich in a molecular substance called asphaltene.

"Kira is derived from asphaltene, a substance found in crude oil. Oil from the Kirkuk region contains 1.38 percent asphaltene, but the oil from Al-Qayyarah contains 54 percent. Asphaltenes are not used to make explosives, but they are capable of maintaining a very high temperature for a long time. This viscous substance strongly adheres to the body and is very difficult to remove," Muwafak said.

© AFP 2019 / AHMAD AL-RUBAYE
Iraqi Forces Kill Over 60 Daesh Terrorists Near Historic Mosul Mosque in 24 Hours
In October, the Iraqi army, with support from Shiite militia, Kurdish Peshmerga forces and federal police and the backing of the US-led coalition, launched an offensive to liberate Mosul from the jihadist terror group, which has occupied the city since July 2014.

The Iraqi army announced the liberation of the eastern part of the city in January, but as many as 500,000 civilians could remain in parts of western Mosul under Daesh control.

On Monday,  the United Nations Office for the Coordination of Humanitarian Affairs (OCHA) said that almost half a million people have been displaced since the start of the fight to liberate Iraq's second-largest city from Daesh.