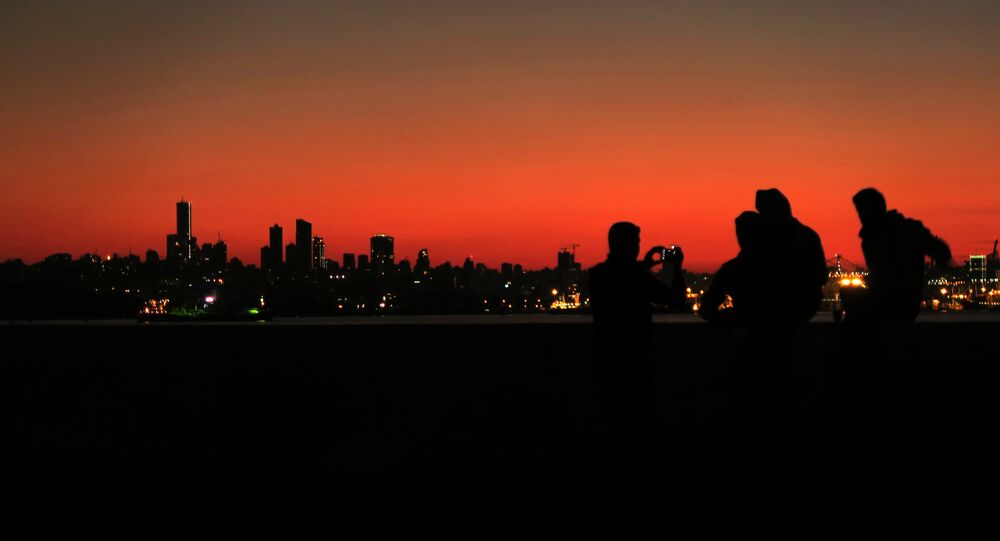 Later this month, a delegation of Lebanese officials and businessmen will travel to Moscow. Beirut is looking for opportunities for expanding bilateral cooperation. Speaking to Sputnik, Talal Arslan, Minister of the Displaced and leader of the Lebanese Democratic Party, stressed that Lebanon is looking to expand cooperation across all areas.

"Good relations have been established between Russia and Lebanon, and we are constantly striving to expand them across all areas," Arslan said, speaking to Sputnik.

"We are absolutely convinced that Russia must directly participate in the life of our region at all levels. This would return the kind of stability and balance that we have not seen in the Middle East for several years now," he added.

© Photo : Ministry of defence of the Russian Federation
'Russia Plays Key Role' in Syrian Settlement, Defeating Terrorism
This, according to the minister, can be accomplished "through the development and strengthening of relations at the political level with the Russian Federation. Furthermore, it's necessary to develop cooperation in the economy, investment, culture and trade."

Asked about what role he sees for Moscow, in the region and particularly in Syria, especially after the recent US cruise missile attack on a Syrian airbase, Arslan noted that while the situation has become more dangerous, it is also a demonstration of Western powers' annoyance over Moscow's new role.

"The situation today has indeed become more dangerous. We believe that the consequences of the aggression against Syria will affect the entire region, and the world. At the same time, we see the strength of Russian influence in the Syrian crisis on the countries of the Mediterranean Basin and the Middle East in general."

"It's no secret that this is disconcerting to politicians in the former colonial powers, which continue to retain a great deal of influence in the region," Arslan stressed. "They had already lost part of their influence after the strengthening of extremist groups…"

"And whether one likes it or not, Russia is now playing a key role in the fight against extremist [Islamist] terrorism, which has become a threat to the whole world," the official added. "We believe that not cooperating with Russia is equivalent to cooperation with the terrorists, directly or indirectly."

© REUTERS / Ali Hashisho
At Least 6 Killed, 35 Injured in Clashes in Palestinian Refugee Camp in Lebanon
Ultimately, Arslan noted that Russian President Vladimir Putin's position on the situation in the Middle East lines up with that of his party.

"We have great respect for this president, who is a great figure not only in domestic Russian politics, but also in terms of world politics. His view of the situation in the region coincides with ours. He seeks the establishment of an international balance in order to protect the national interests and rights of the oppressed peoples. It's namely President Putin that can make a significant contribution to the stabilization of the region."

Lebanon has been hit hard by the ongoing civil conflict in neighboring Syria. It is estimated that there are over 1.5 million Syrian refugees in the country, 70% of them women and children. This has put serious strains on the tiny country of 4.5 million, which already boasts the highest per capita population of refugees in the world. The country's infrastructure, schools, and other institutions have been severly impacted, and its economy has lost an estimated $18.5 billion between 2011 and 2015 due to the war in Syria, according to the government.

Furthermore, the vast influx of refugees has led to increased social tensions between Lebanese and the Syrian newcomers. The Lebanese government is now looking for international assistance to help cope with its refugees, asking for funding for a program of public sector-led investment in infrastructure and education. The alternative, officials have warned, is that civil unrest could break out in the country.