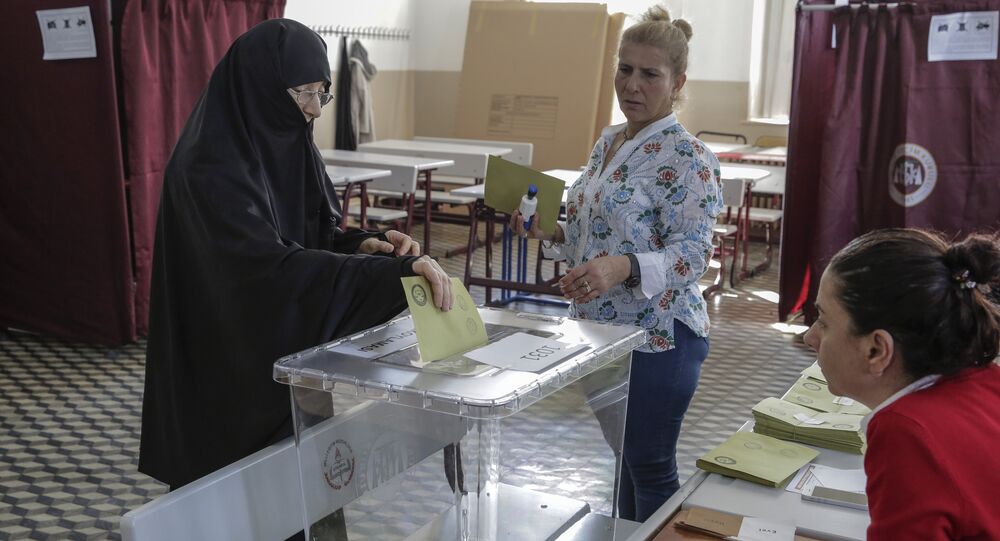 Ankara must stop unfair trials, the crackdown on media and the pressure on Kurds, Human Rights Watch said.

WASHINGTON (Sputnik) — Turkey must end its state of emergency and violations of human rights after declaring victory in a referendum that will greatly expand President Recep Tayyip Erdogan’s powers, Human Rights Watch said on Monday.

"In the days ahead the president and government should end the state of emergency and commit to upholding the human rights of all in Turkey regardless of political outlook," Human Rights Watch stated. "Arbitrary detentions and prosecutions, unfair trials, the crackdown on media and the pro-Kurdish political opposition need to end."

The state of emergency has been in place in Turkey since shortly after the failed July 2016 coup and the emergency status was renewed on Monday for an additional three months.

© REUTERS / Stringer
Turkey's Vote: 'No One Happy With Results of the Referendum, Even Erdogan'
Last week, a group of United Nations experts said the expansion in political powers could be used to further violate human rights: under the new system, Erdogan will have the power to unilaterally declare a state of emergency.

On Sunday, Erdogan declared victory a night after unofficial results indicated the country’s referendum had passed with a narrow majority.

Earlier today, the Organization for Security and Co-operation in Europe's (OSCE) observer mission said the campaign opposing the referendum was denied equal opportunities and voters were not given impartial information about key aspects of the constitutional changes.

Constitutional Referendum: Kremlin Calls for Respecting Will of Turkish People