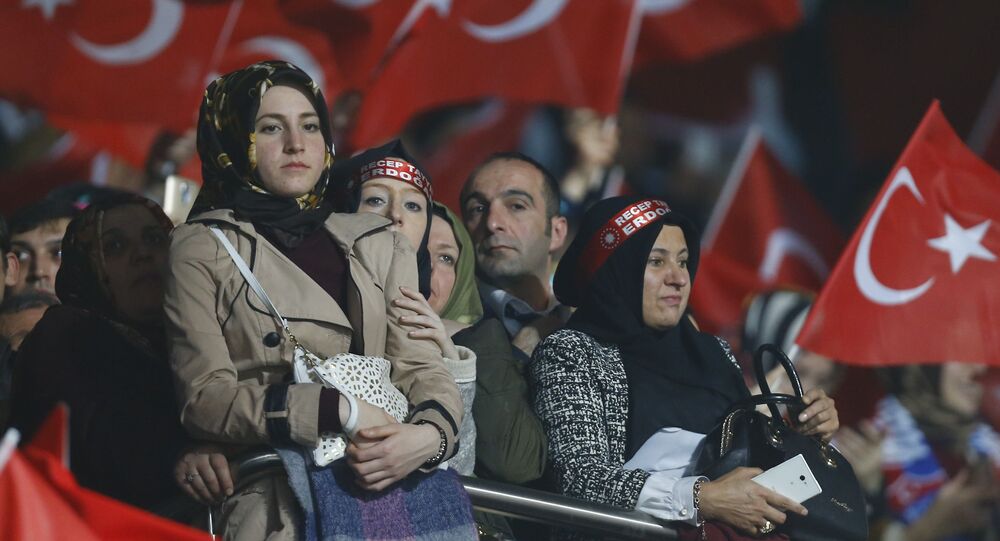 The narrow victory of the supporters of constitutional changes in a nationwide referendum in Turkey demonstrated a "polarized society," European Parliament Vice President Dimitrios Papadimoulis said.

ATHENS (Sputnik) — According to the preliminary results provided by the Anadolu news agency, supporters of the constitutional amendments that would increase presidential powers have 51.4 percent of votes after 99.9 percent of votes have been processed.

​Giorgos Koumoutsakos, a member of the European Parliament and of the conservative New Democracy party, stressed in his statement on the results of the referendum that Greece was hoping that Turkey would maintain and strengthen its cooperation with Europe on democracy and human rights.

© REUTERS / Umit Bektas
Erdogan on Referendum Result: 'A Historic Decision on Turkey's Governance System'
The River party urged Erdogan to use the newly increased powers to ensure peace and stability.

Nikos Christodoulides, the spokesman for the Republic of Cyprus, reportedly said that the situation in Turkey needed to stabilize so that progress could be made on the Cyprus settlement.

Cyprus has been divided since 1974, when Turkey occupied the island's north, later proclaiming the Turkish Republic of Northern Cyprus (TRNC) there. The TRNC is recognized only by Turkey, which maintains its military presence there.