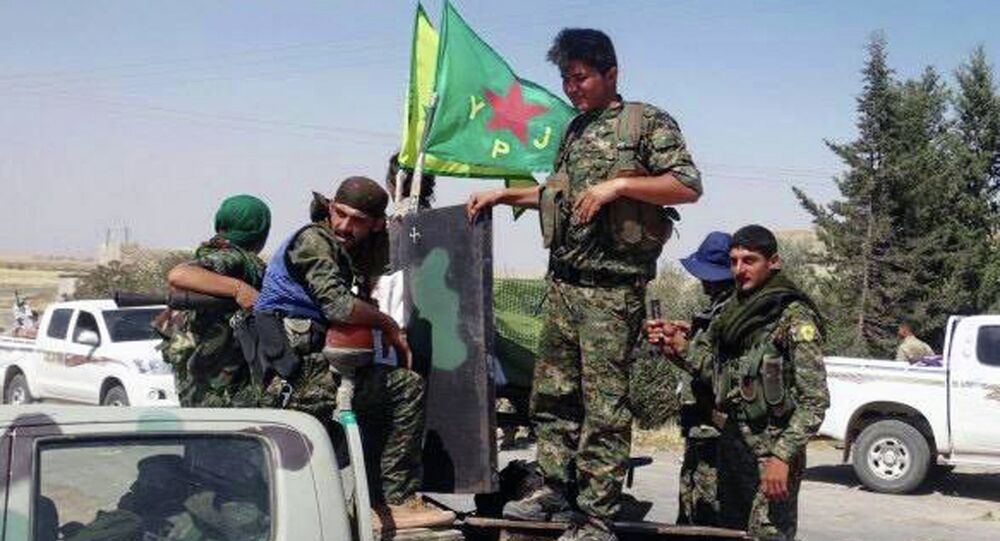 Turkish Defense Minister Fikri Isik claimed Thursday he warned US Defense Secretary James Mattis against resorting to help of Kurdish forces while conducting the operation to reclaim the Syrian city of Raqqa from Daesh terrorists.

WASHINGTON (Sputnik) — Mattis has been warned of unspecified consequences if Kurdish forces are allowed to participate in liberating the city of Syria’s city of Raqqa, according to remarks by  Isik following a meeting between the two defense chiefs.

"Amongst the issues that we tackled today with the secretary of Defense was the fact that we do not want PYD and YPG elements to be used in operation Raqqa," Isik told reporters in Washington, DC. On Thursday. "We were very frank in our deliberations during the meeting."

Isik explained that Turkey views PYD, PYG militias linked to Kurdistan Workers' Party (PKK), which has been listed as a terrorist organization by Ankara, and stressed they may cause problems in the long term perspective.

“I have communicated this message to [former US Defense] Secretary Carter and Secretary Mattis,” Isik added. “We were very friendly in tackling these issues, and we do agree upon the fact that we need further revising of those issues.’’

© REUTERS / Rodi Said
Train, Advise, Assist? US Marines Deployed to Syria Spotted on Raqqa Frontline
The Turkish Defense Minister called the meeting with Mattis "fruitful," and said that the two sides discussed various issues, including US missile strike in Syria last week and counter terrorism efforts, among other topics.