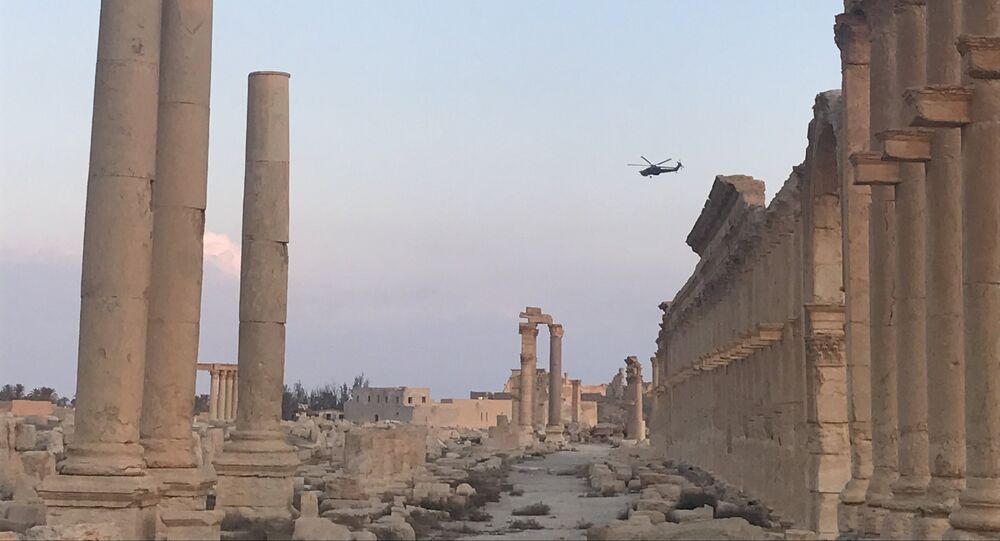 MOSCOW (Sputnik) — In March, a source in the Russian delegation told Sputnik that Astana talks participants prepared a document on international cooperation for demining Palmyra. Specifically, the document proposes that the international community and the United Nations combine the efforts of the three ceasefire guarantor states, namely Russia, Turkey and Iran, as well as the UNMAS, in coordination with the Syrian authorities, in demining the historic part of the city.

"This issue is currently under discussion with the Syrian authorities. Of course, there must be appropriate consent and the decision of Damascus for that. So we are working [on this issue], and hope that in the near future there will be some practical results," Gatilov said, adding that Russia maintained active contacts with this UN agency.

© Sputnik / Ministry of defence of the Russian Federation
Syrian Troops Extend Safe Zone Around Palmyra by 5-10 Miles - Russian Military
Gatilov explained that the arrival of UNMAS assessment mission in Palmyra could be the first step toward a wide-scale demining operation, as it was necessary to analyze how and to what extent UNMAS could carry out its demining mission.

In May 2015, Daesh terror group (banned in Russia) militants took hold of Palmyra, one of the most important centers of ancient civilization in the world. In March 2016, the Syrian army managed to liberate the city, but extremists captured Palmyra for the second time in December 2016.

On March 2, Syrian government forces regained control over Palmyra with the support of the Russian Aerospace Forces operating in Syria. The operation was carried out with minimal losses among the anti-terrorist troops.