Syrian or Russian forces had made no threatening moves toward US forces on the ground in Syria, according to Operation Inherent Resolve spokesperson Col. John Dorrian.

WASHINGTON (Sputnik) — US forces in Syria have not been threatened by either Syria or Russia following the US cruise missile strikes on the Al Shayrat airfield, Operation Inherent Resolve spokesperson Col. John Dorrian said on Wednesday.

"No," Dorrian told reporters when asked if Syrian or Russian forces had made any threatening moves toward US forces on the ground in Syria. 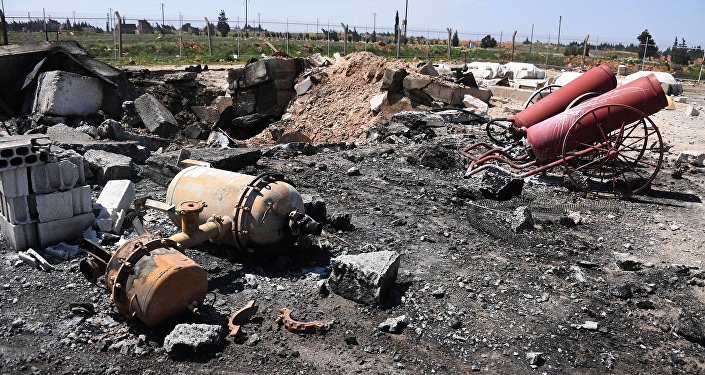 The spokesperson stressed that the missile strikes had increased tensions in Syria.

On April 6, the United States launched 59 Tomahawk cruise missiles at a Syrian government airbase in the Idlib province. President Donald Trump said the missile attack was conducted in response to a chemical attack on civilians that killed more than 80 people, including children.