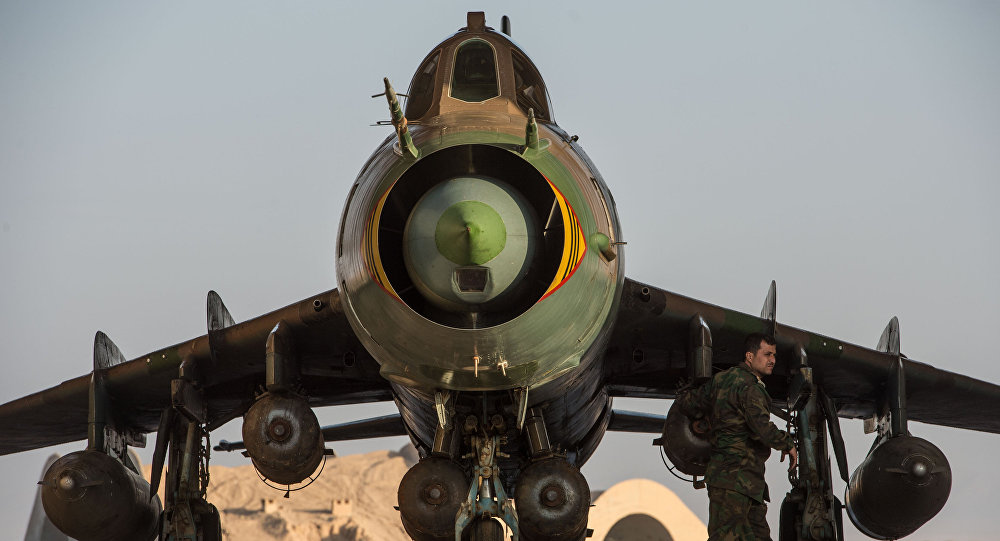 "According to our absolutely reliable information, the point at issue are Syrian Arab Republic air force's Su-22 airstrikes on a site controlled by terrorists where chemicals were produced," Ryabkov told reporters.

© REUTERS / Bassam Khabieh
'Dirty Geopolitical Game’: West-Backed Jihadists Carried Out 'False Flag' Chemical Attack in Syria
The Russian Defense Ministry said on April 5 that the airstrike near Khan Shaykhun by the Syrian air force hit a terrorist warehouse that stored chemical weapons slated for delivery to Iraq, and called on the UN Security Council to launch a proper investigation into the incident.