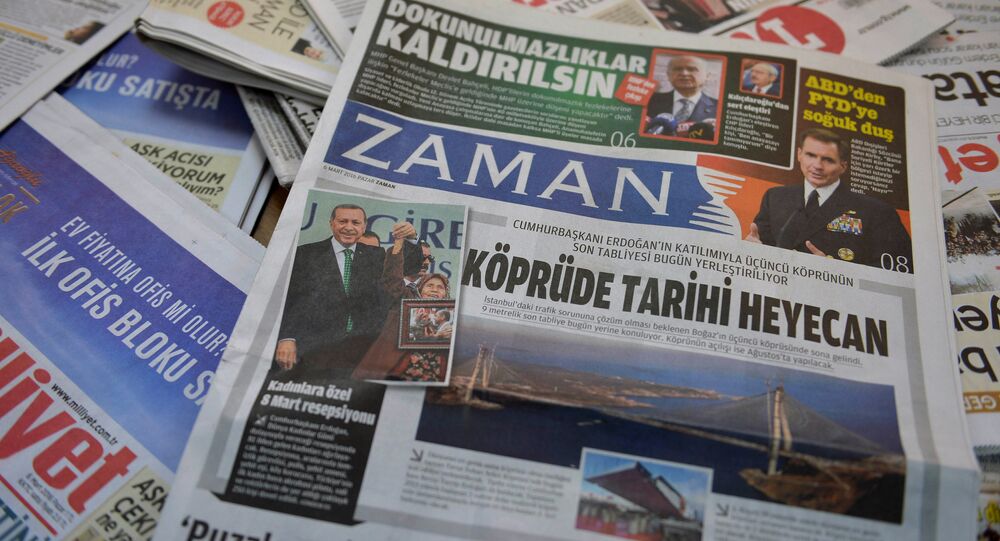 30 employees of the opposition Zaman newspaper could be sentenced to life imprisonment over alleged links to the movement of Islamic cleric Fethullah Gulen, according to local media.

ANKARA (Sputnik) — The Istanbul Chief Public Prosecutor's Office has brought an indictment against 30 employees of the opposition Zaman newspaper, demanding they be sentenced to life imprisonment over alleged links to the movement of Islamic cleric Fethullah Gulen, suspected by Ankara of masterminding the July 2016 coup attempt, local media reported Tuesday.

© REUTERS / Kenan Gurbuz
Turkey Remands Over 47,000 People Accused of Links to Gulen
According to the Anadolu news agency, the indictment was sent to a court, which has 15 days to make a decision to start the trial process. The newspaper's employees, including the management and reporters, are accused of involvement in the coup attempt and of being members in the terrorist organization.

In March 2016, a Turkish court ordered the Feza Media Group, which includes opposition newspaper Zaman, Today’s Zaman daily and the Cihan news agency, to be placed under the management of government trustees. Following the July 2016 coup attempt in Turkey, the media outlet was closed.

Turkey's crackdown on journalists and restrictions on freedom of speech have been criticized by the international community and the Reporters Without Borders (RSF) organization.