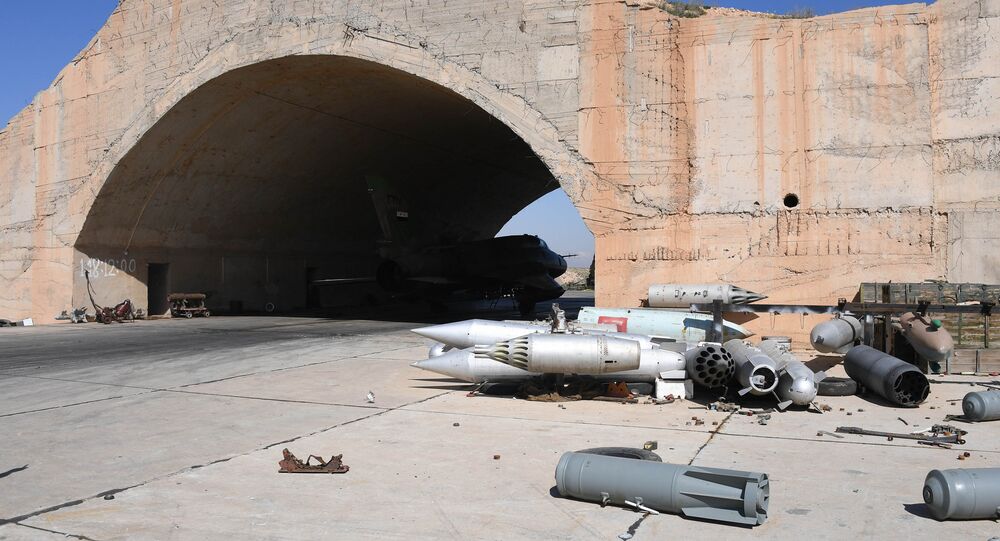 Washington's missile strike on the Syrian airbase harms the fight against terrorism, the top diplomats of Russia and Iran said. The sides called for a "thorough and impartial investigation into" the chemical incident in Idlib.

MOSCOW (Sputnik) — Russian Foreign Minister Sergei Lavrov discussed by phone with his Iranian counterpart Mohammad Javad Zarif the situation in Syria after a recent US missile strike on a Syrian airbase in Homs province, the parties stressed that such actions are a gross violation of international law, the Russian Foreign Ministry said in a statement Monday.

"On April 10, on the Iranian side's initiative, a telephone conversation took place between Russian Foreign Minister Sergei Lavrov and Iranian Foreign Minister Mohammad Zarif," and the sides "discussed the situation in Syria after the US missile strike on an airbase in that country," the statement said.

"Both sides stressed that such aggressive actions against a sovereign independent state are a gross violation of international law, primarily the UN Charter, create threats to regional security, harm the fight against international terrorism," it said.

© Sputnik / Mikhail Voskresenskiy
Dangerous Trend: US Attacks on Syrian Army Doing Nothing but 'Aiding Terrorism'
On April 7, the United States launched 59 Tomahawk cruise missiles at the Syrian military airfield in Ash Sha’irat. US President Donald Trump said that the attack was a response to the alleged chemical weapon use in Syria's Idlib province on April 4, which resulted in the death of over 80 people and inflicted harm on an additional 200 civilians, an incident which Washington blames on the Syrian government.

"Sergei Lavrov and Mohammad Zarif called for a thorough and impartial investigation into the incident in the Syrian province of Idlib which led to multiple casualties among the civilians," the statement read.

The statement pointed out that the ministers "agreed to maintain close contacts for further coordination of cooperation on urgent issues of bilateral and international agenda."

© Sputnik / Mikhail Voskresenskiy
Syrian Air Force Base Back in Operation One Day After US Missile Attack
10
Russian President Vladimir Putin said on April 6 that groundless accusations in the chemical weapons incident in Syria's Idlib were unacceptable before the investigation into the matter had been carried out while Foreign Minister Sergei Lavrov on Saturday criticized the US missile attack as a violation of the international law.