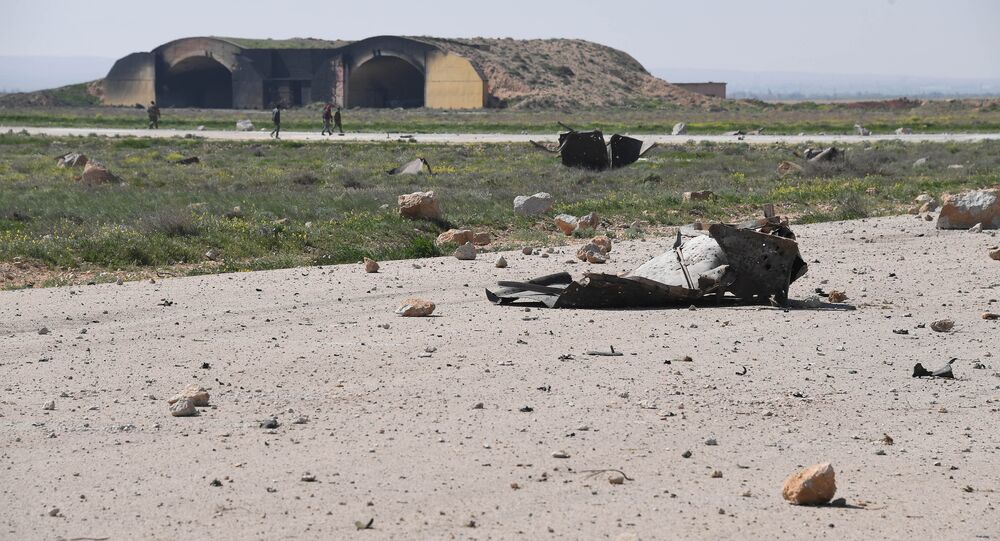 Moscow and Washington were "in an inch from the confrontation" after the US missile strike on Syria, Iran's president said.

MOSCOW (Sputnik) — Russia was "in an inch from the confrontation" with the United States following the US missile strike on the Syrian Ash Sha’irat airfield, Iranian President Hassan Rouhani said Monday.

He also said the missile strike damages the negotiating process and underscored the political track as the only solution to the six-year Syrian crisis.

"As for Syria, the final solution must be political," Rouhani said. "What the US has done has harmed the negotiation process."

© Photo : Yantar Baltic Shipbuilding plant press service
'Russia Not Going to Conduct Armed Activity With US' - MP on Syria Developments
On April 7, the United States launched 59 Tomahawk cruise missiles at the Syrian military airfield in Ash Sha’irat. US President Donald Trump said that the attack was a response to the alleged chemical weapon use in Syria's Idlib province on April 4, which resulted in the death of over 80 people, an incident which Washington blames on the Syrian government.

© Sputnik / Mikhail Voskresenskiy
Assad: Washington's Attack Fails to 'Raise the Morale of US-Backed Terrorists'
The US missile attack claimed the lives of 10 people, an officer of the Syrian Armed Forces told Sputnik. The Russian Defense Ministry said that the attack left two Syrian servicemen missing, four killed, and six suffering severe injuries from the fire. Homs Governor Talal Barazi said on April 7 that at least two civilians from a nearby village and five Syrian servicemen were killed.