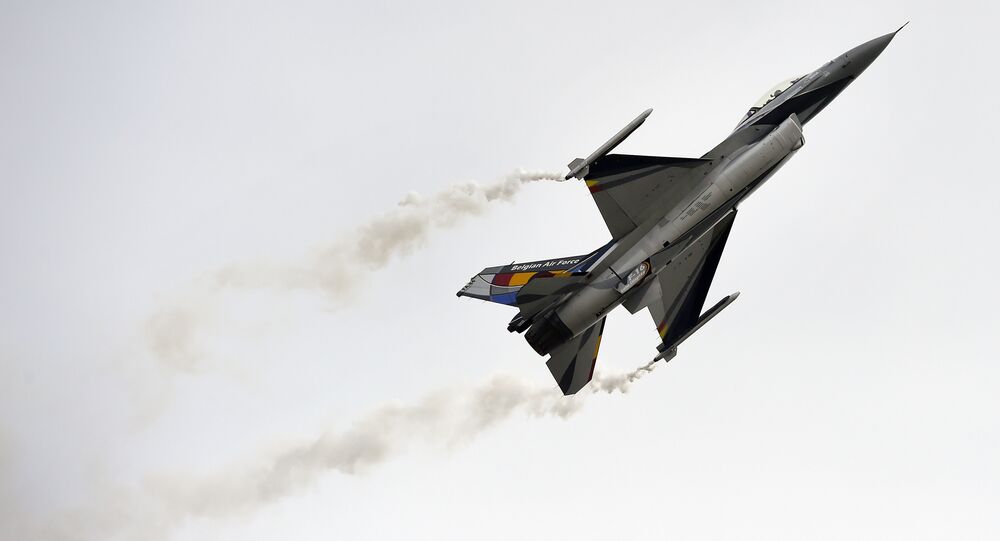 The Belgian Air Force temporarily suspended flights over Syria because of the suspension of a memorandum of understanding on air safety over Syria by Russia.

© Sputnik / Alexei Nikolskiy
Kremlin Notes Increased Risk Due to Suspended Air Safety MoU With US
BRUSSELS (Sputnik) – The Belgian Air Force temporarily suspended flights over Syria, where the country is taking part in the US-led military operation against the Daesh terrorist group, because of the suspension of the memorandum of understanding on air safety over Syria by Russia, the Premiere radio broadcaster reported on Saturday.

Belgium’s Defense Ministry spokesperson did not confirm that the decision was linked to suspension of the memorandum, pointing out that the flights “were halted until the new instructions,” according to other media reports.

Russia suspended the memorandum of understanding on air safety over Syria with the United States on Friday following the deadly US missile attack on the Sha'irat airfield.

On Thursday night, the United States carried out a missile attack on Ash Sha’irat, located about 40 kilometers (25 miles) from the city of Homs, claiming, with no evidence provided, that the chemical attack on Syria's Idlib was allegedly launched from that airfield. According to US Department of Defense, a total of 59 Tomahawk cruise missiles were launched during the attack.

Earlier on Saturday, Russian Foreign Minister Sergey Lavrov said that the US missile attack on the Syrian military airfield violated the international law.