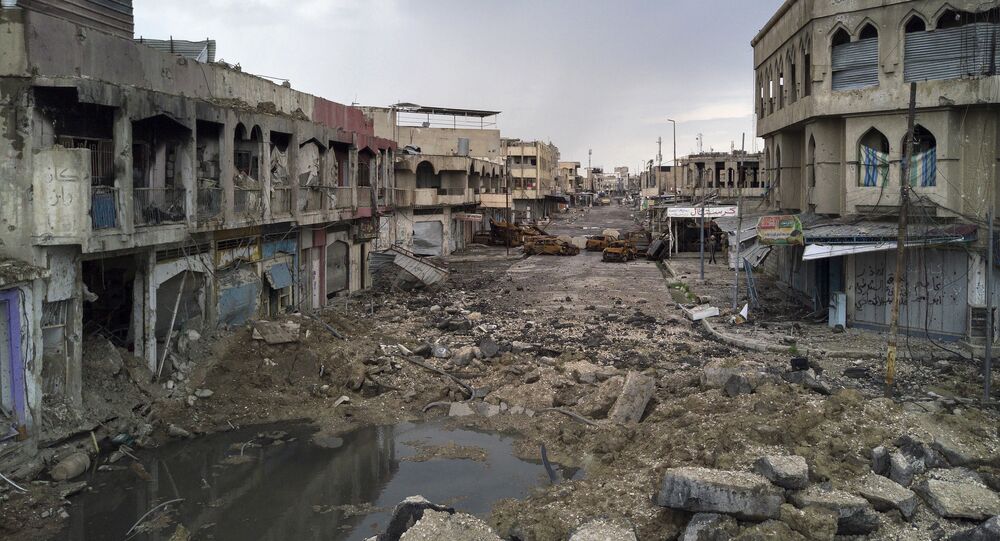 Two Daesh commanders eliminated in the Iraqi city of Mosul were identified as natives of Russia, local media reported Saturday, citing a statement of the Iraqi intelligence.

MOSCOW (Sputnik) — According to the statement, the eliminated commanders were identified as Abu Huzaifa, a Russian native responsible for communications, and Abu Tamara, a Chechen native.

"The aircraft of international coalition struck a car, which was carrying some Daesh commanders of foreign origin… in the western part of Mosul," the statement of intelligence read as quoted by the Alsumaria broadcaster.

Iraqi forces are currently advancing in Mosul, the key Iraqi stronghold of Daesh in Iraq. The operation began in October 2016 and led to the liberation of Mosul’s eastern part this January. Fighting continues in the city's western part.

Daesh Terrorists Use Poisonous Gas Against Civilians in Iraq's Mosul