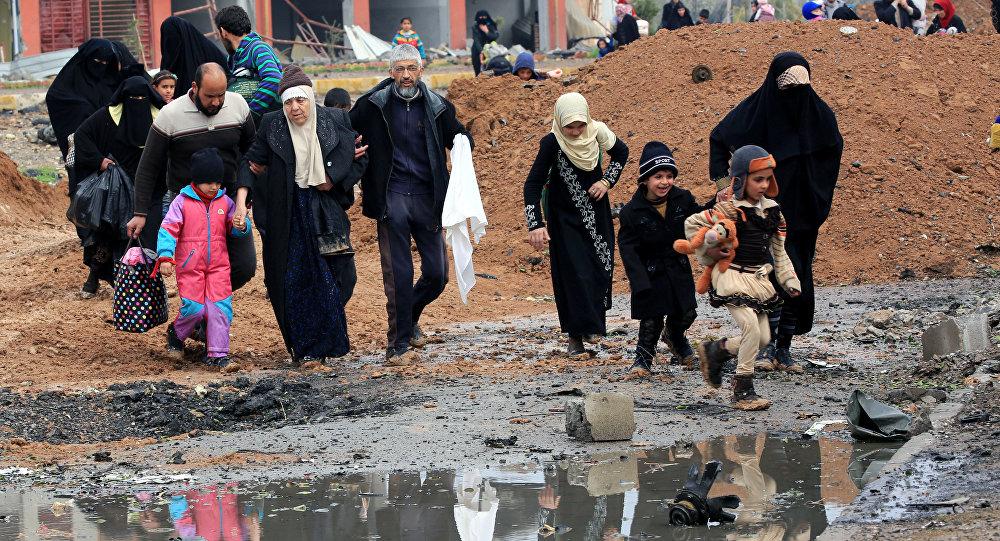 Mosul municipality chief said that up to 500,000 people have fled the northern Iraqi city of Mosul since the government troops launched an operation aimed at liberation of the city from Daesh.

On Tuesday, the International Organization for Migration (IOM) said in a statement that cumulatively more than 367,000 individuals had been displaced by Mosul operations.

"Within last several days over 50,000 people fled western Mosul district, so the total number of refugees from this region since the start of the operation is reaching 500,000," Habbo said.

Iraqi President Fuad Masum told Sputnik in March that the humanitarian situation in Mosul was catastrophic, however, it would not be "sensible" to leave the city to terrorists.