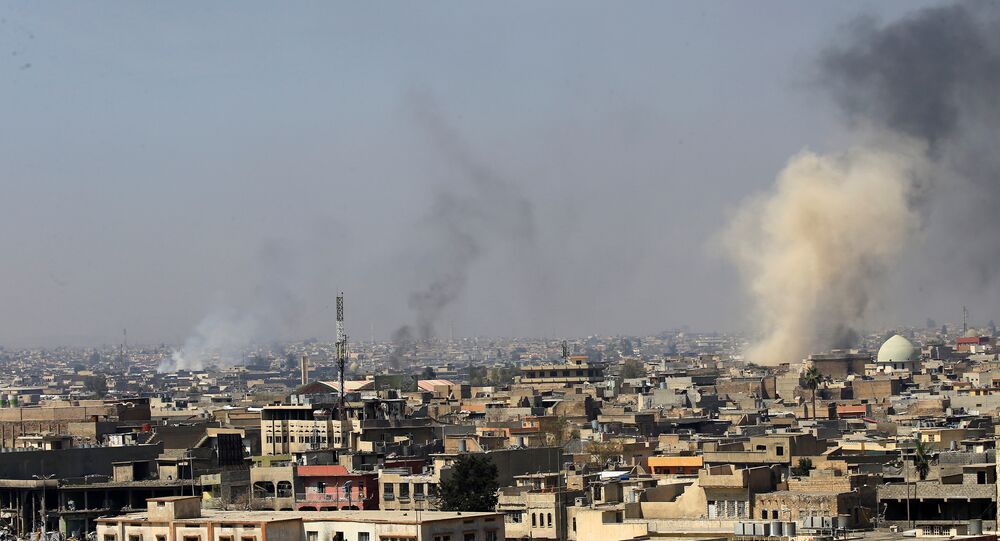 "IS militants are trying to leave the city along with civilians. This is one of the reasons for why they are not preventing civilians from leaving, they want to safely leave with them," Habbo said.

Iraqi security forces currently fighting to retake Mosul from Daesh have captured a total of over 200 militants trying to flee the city posing as civilians, he added.

Iraqi forces are currently advancing in Mosul, the key Iraqi stronghold of the Daesh in Iraq. The operation began in October 2016 and led to the liberation of Mosul’s eastern part this January. Fighting continues in the city's western part. Earlier this month, Mosul Mayor Hussein Khajem told Sputnik that almost half a million people have fled the city of almost 1.5 million since the start of the fighting.