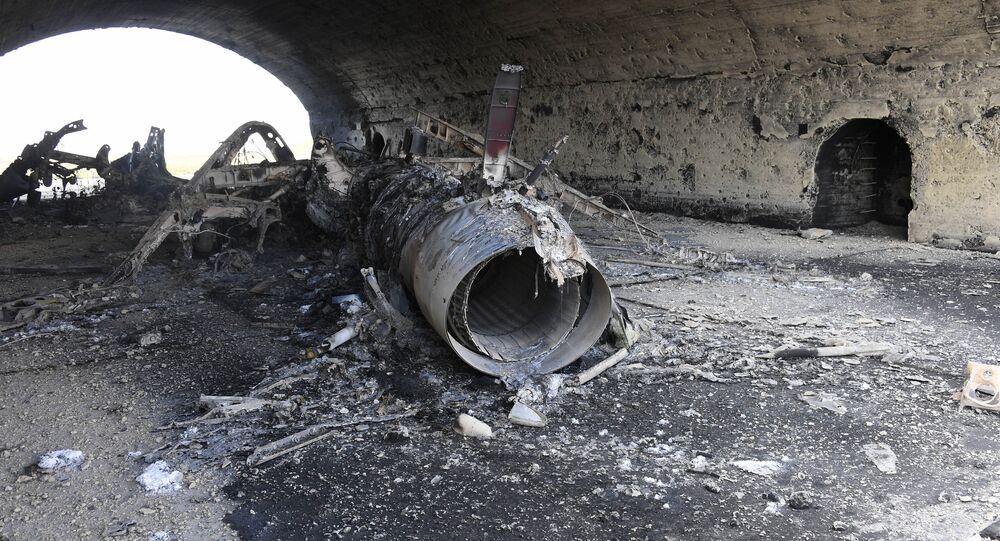 Hassan Hanizadeh, Iranian political analyst and expert on Middle Eastern issues, spoke to Sputnik Persian about the recent developments in Syria following the US missile strike against the Syrian Arab Army.

“From the position of the Iranian authorities, the missile attack by the US on the Syrian Ash Sha'irat air base is a flagrant violation of international law, the sovereignty of the Syrian Arab Republic, which is a member of the UN,” Hanizadeh said.

He further said that these attacks were carried out without any agreement and approval of the UN Security Council. Hence, this is an aggression against Syria by the US.

“The Islamic Republic of Iran strongly condemns this attack. The US, by carrying out this missile attack tried to pursue different goals. First of all, the United States wanted to blame the recent chemical attack in Syria solely on the government forces of that country because it was defeated during the last meeting of the UN Security Council when Russia rose to defense and opposed such groundless accusations,” the analyst said.

© Photo : Russian Defence Ministry
Moscow 'Draws a Red Line' by Suspending US-Russia Flight Safety Deal on Syria
He added that since then the United States having remained dissatisfied with the situation, decided to act independently and without the authorization of the UN Security Council, openly attacking the airfield in Syria.

“There is an impression that the Americans are working on a new scenario in Syria. After the terrorists in Syria and Iraq were defeated, the Americans tried to implement the same scenario that was implemented in Libya and Iraq,” the analyst said.

He further said that by means of a missile attack on the Syrian airfield, they are trying to “paralyze the Syrian air defense system and weaken it and by doing so they aim to change the balance of power in the region in general.”

According to him this attack was planned in advance by the US, Israel, Saudi Arabia, Qatar and possibly, Turkey.

“Their goal is to overthrow the current regime in Syria by military means. It is not surprising that such actions received a sharply negative response from Russia, Iran and Iraq,” Hanizadeh said.

© AP Photo / Ford Williams/U.S. Navy
US Attack on Syria Irresponsible, Could Lead to Global War – German Die Linke Official
He further said that the missile attack by the US shows that the United States acted to please its own interests and the interests of its allies.

“Indeed, right after the attack, Donald Trump said that the United States acted to preserve the national interests of the country. This indicates that the missile attack from the US on the Syrian Ash Sha'irat air base in Homs will have serious consequences and can even lead to a large-scale war in the region,” the analyst concluded.

US Congress Would Consider Authorizing Military Force in Syria - McConnell