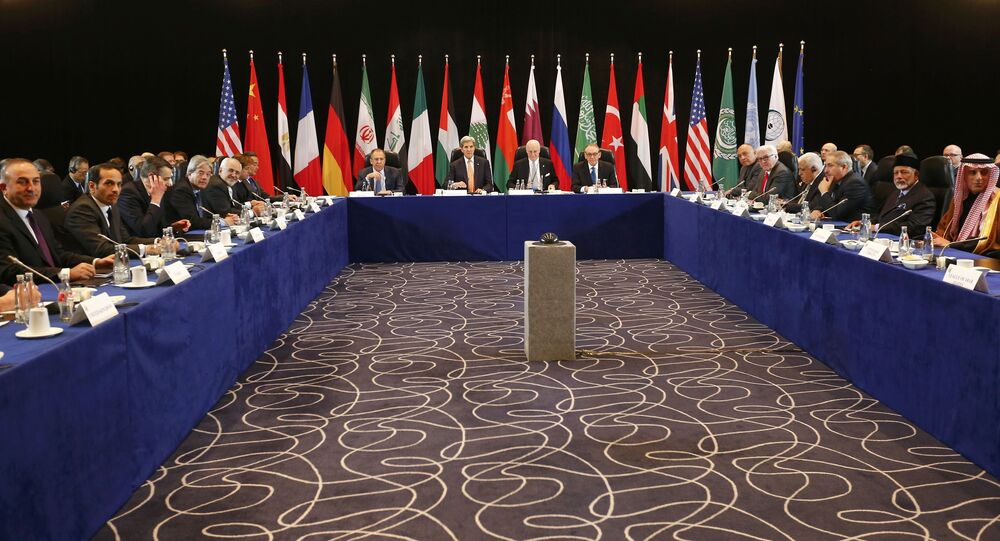 Russia is convening in Geneva an extraordinary session of the ISSG group amid the US missile attack on an airfield in Syria, a diplomatic source told Sputnik.

© AFP 2021 / George OURFALIAN
UN Asking ISSG to Facilitate Access to Civilians, 72-Hour Truce In Syria - Envoy
GENEVA (Sputnik) – Russia is convening in Geneva an extraordinary session of the International Syria Support Group’s ceasefire taskforce in light of the US missile attack on an airfield in Syria, a diplomatic source told Sputnik.

"Russia is convening an extraordinary session of the ceasefire task force today at 17:00 [15:00 GMT]," the source said.

According to the source, the "latest development on the ground in relation to the US strike on the Ash Sha'irat airfield" would be discussed at the meeting.

The office of UN Special Envoy for Syria Staffan de Mistura told Sputnik that the envoy was closely following the situation in Syria and consulting with relevant authorities.

© Sputnik / Michael Alaeddin
US Talking With ISSG Partners to Plan Next Steps in Syria - State Dept.
On Tuesday, the Syrian National Coalition of Revolutionary and Opposition Forces reported a chemical weapon attack in Syria’s Idlib province. According to recent data provided by the World Health Organization (WHO), 84 people, including 27 children died in the suspected chemical attack.

On Thursday, Syrian Foreign Minister Walid Muallem said that the Syrian government forces had never used chemical weapons against civilians or terrorists and would never do that.