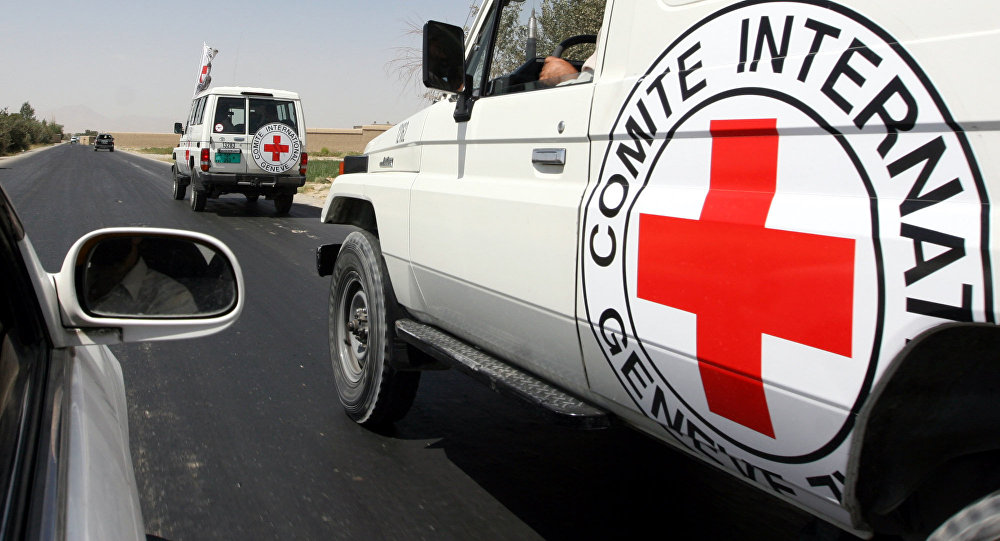 ICRC Has No Data on Casualties of US Airbase Strike, Concerned Over Civilians

The International Committee of the Red Cross (ICRC) has no information about any civilian casualties following the US missile strike on the Ash Sha'irat airfield near Homs and is concerned about any possible effects for the civilians, ICRC’s Regional Delegation in Moscow told Sputnik.

© AFP 2019 / YURI KADOBNOV
ICRC Ready to Assist Russia After St Petersburg Metro Blast – President
MOSCOW (Sputnik) — The United States launched 59 Tomahawk cruise missiles at the Syrian military airfield in Ash Sha'irat near Homs late Thursday. US President Donald Trump said the attack was a response to the alleged chemical weapon use in Idlib on Tuesday, which Washington blames on Damascus.

"We are aware of reports on US strikes on the Shayrat base in Homs, Syria. We are following the situation closely but have no firsthand information on the effects of the strike and on any civilian casualties. As a neutral and impartial humanitarian organization, the ICRC is concerned about the effects of any military development for the civilians living in the area," Magne Barth, head of ICRC’s Delegation in Moscow, said.

Barth said that the ICRC had  reminded all parties to the conflict of their obligations under international humanitarian law, "namely to, at all times, to distinguish between military and civilian objectives, to take all feasible precautions, in view of minimizing the effects on civilians and civilian infrastructure, and to spare the medical mission, among others."

The US missile attack late on Thursday claimed the lives of 10 people, an officer of the Syrian Armed Forces told Sputnik. The Russian Defense Ministry said that the attack left two Syrian servicemen missing, four killed, and six suffering severe injuries from the fire. Homs Governor Talal Barazi said earlier on Friday that at least two civilians from a nearby village and five Syrian servicemen were killed.

US Strike In Syria ‘Appears to Be Proportional Response' - Pelosi