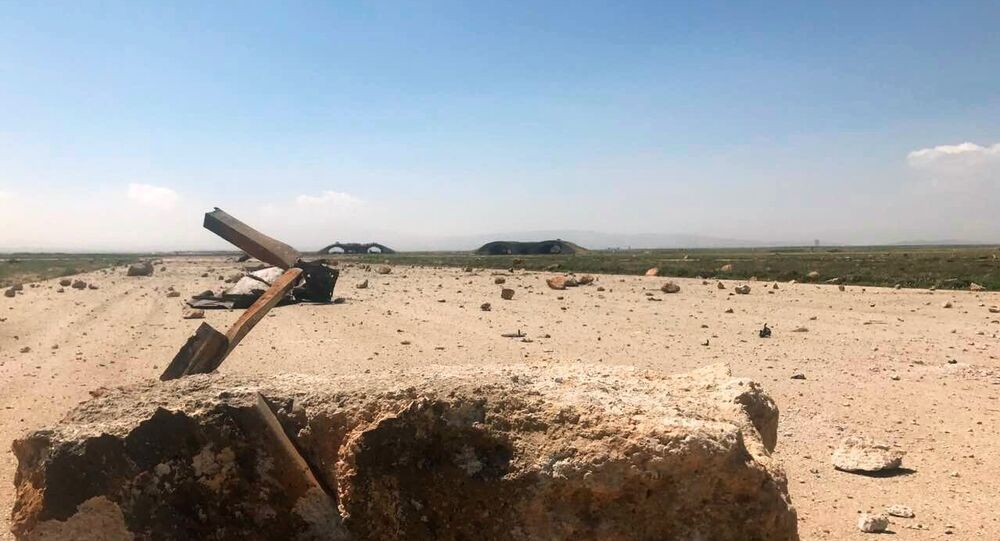 The US missile attack in Syria was "de facto" in the interests of Daesh and other terrorists, Kremlin spokesman Dmitry Peskov said.

"The fact is that we no longer know what goals Washington pursued when deciding to carry out these strikes, but it is univocal that they are launched de facto in the interests of Daesh, al-Nusra Front and other terrorists. In this connection, we can only express regret," Peskov said.

The United States' deadly missile strikes on a Syrian airfield damage the cause of counterterrorist efforts, Dmitry Peskov said Friday.

"So far, it can be said unequivocally that these strikes did harm to the fight against terrorism," Peskov told reporters.

© Sputnik / Mikhail Voskresenskiy
Daesh, Nusra Front Terrorists Started Offensive on Syrian Positions Straight After US Attack - Russian MoD
Commenting on US President Donald Trump's calls during the 2016 campaign to join forces against terrorist groups, Peskov said "everything that happened was quite the opposite."

"We deeply regret this and are very much concerned in this regard," he stressed.