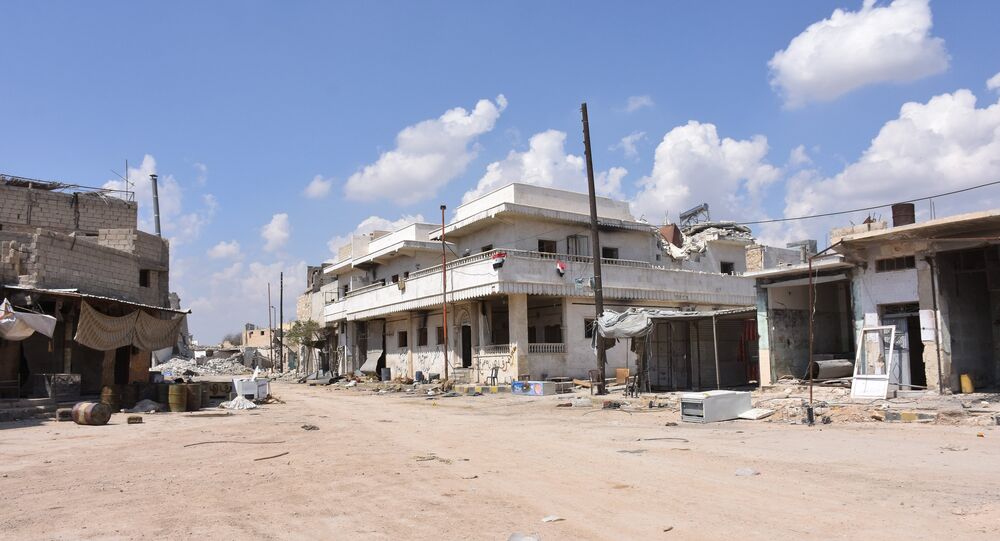 Syria will be "deleted from the map" until terrorism in Syria is defeated, Syrian President Bashar Assad told Croatian Vecernji List newspaper in an interview published on Thursday.

© REUTERS / Lucas Jackson
Russia Submitted Draft Resolution on Probing Syria Chemical Attack
MOSCOW (Sputnik) — If the Syrian government fails in the current war raging in the country, it will be "deleted from the map," while the victory over terrorists will be also the victory over all states supporting them, Syrian President Bashar Assad told Croatian Vecernji List newspaper in an interview published on Thursday.

"We have a great hope which is becoming greater; and this hope is built on confidence, for without confidence there wouldn’t be any hope. In any case, we do not have any other option except victory. If we do not win this war, it means that Syria will be deleted from the map. We have no choice in facing this war, and that’s why we are confident, we are persistent and we are determined," Assad said, as quoted by the Syrian state-run Sana news agency.

© AP Photo / Jim Lo Scalzo/Pool Image
US Middle East Policy in Confusion as Trump Threatens Escalation in Syria
According to Assad, different countries, including some Western nations, support jihadists in Syria "directly and indirectly," including logistically, by providing arms and funding.

Syria's civil war between government forces and a wide range of insurgents, including opposition groups and terrorists, such as Daesh and Jabhat Fatah al Sham (formerly known as the Nusra Front), both outlawed in Russia, has raged for over six years and has claimed hundreds of thousands of lives.

According to UN data, since 2011 nearly 6.3 million Syrian people have been displaced and 4.9 million people, mostly women and children, have been forced to seek refuge.