The World Health Organization (WHO) is ready to provide expertise to assist an investigation by the Organization for the Prohibition of Chemical Weapons (OPCW) over the recent reported chemical attack in Syria’s Idlib province, a WHO spokesperson told Sputnik. 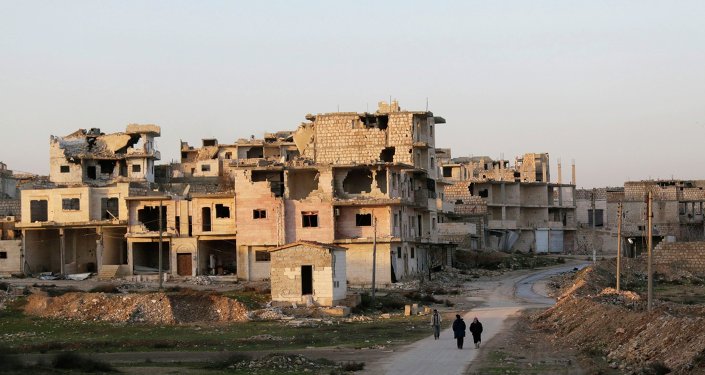 © REUTERS / Khalil Ashawi
UN Unable to Confirm 'Means of Delivery' of Alleged Chemical Attack in Idlib
MOSCOW (Sputnik) — The United Nations and the OPCW have started an investigation after the Syrian National Coalition of Revolution and Opposition Forces reported on Tuesday that about 80 people were killed and some 200 injured in a chemical weapon attack in Khan Shaykhun, Idlib province, placing the blame the alleged incident on the Syrian governmental army.

"If UN asks WHO to join OPCW fact-finding mission, WHO experts will assist with expertise. However it is not our role to work on attribution of the blame but on examining the impact on public health," Tarik Jasarevic, WHO media officer, said.

Western states blamed the Syrian government for the reported chemical attack, while the Syrian Armed Forces rejected the allegations. Earlier on Wednesday, the Russian Defense Ministry said the airstrike near the town of Khan Shaykhun in the Idlib province was carried out by Syrian aircraft, which struck a terrorist warehouse that stored chemical weapons set for delivery to Iraq.

"WHO is in continuous contact with health partners in Idlib to monitor health impact and needs, and to respond to these. Medicines — including Atropine, an antidote for some types of chemical exposure, and steroids for symptomatic treatment — were immediately dispatched from WHO’s partner warehouse in Idlib," Jasarevic said.

© REUTERS / Khalil Ashawi
Syrian Opposition Calls for No-Fly Zone for Gov’t Jets After Idlib Attack
He added that the organization is "shipping additional medicines from Turkey and is ready to provide more life-saving supplies and ambulances as needed."

Earlier in the day, WHO said in a statement that victims of the suspected chemical attack appeared to show symptoms "consistent with exposure to organophosphorus chemicals, a category of chemicals that includes nerve agents."

According to the UN’s specialized agency, the likelihood of exposure to a chemical attack is amplified by a lack of external injuries on the bodies.

In 2013, Damascus agreed to place its chemical weapons under international control for their further destruction. The step was taken to prevent the weapons of mass destruction from being captured by militants operating in the country.