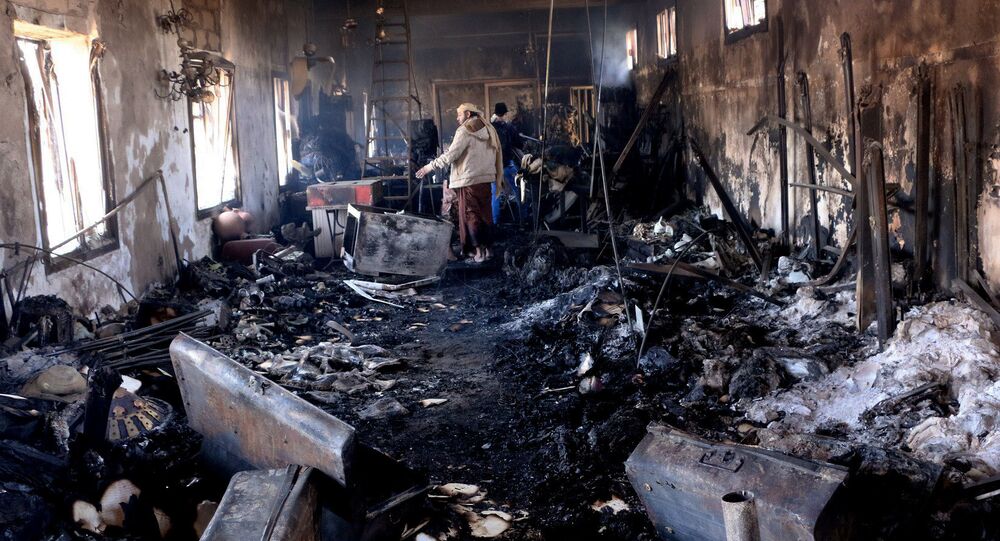 The Saudi-led international coalition has destroyed more than 2,000 Yemeni cultural and historical sites as well as dozens of museums since their military campaign against the opposition Houthi movement began two years ago in Yemen, Muhannid al-Siyani, head of the General Directorate of Yemeni Museums and Antiquities, told Sputnik.

© REUTERS
Is Trump Planning a Major US Escalation in Yemen?
In an interview with Sputnik, Muhannid al-Siyani, head of the General Directorate of Yemeni Museums and Antiquities, said that in the two years that have passed since the Saudi-led coalition intervened in the country's civil war, more than 2,000 cultural and historical sites as well as dozens of museums had been destroyed throughout the country.

Al-Siyani specifically pointed to the fact that the Saudi-led international coalition was provided with a list of 50 places of cultural importance in Yemen which must be preserved at all cost.

"However, the coalition launched at least ten air strikes on some sites mentioned in the list," he pointed out.

The final data on the damage has yet to be revealed, al-Sayani said, adding that experts are ready to assess the current state of historical monuments in Yemen at any moment.

"First and foremost, some of these objects must be demined, and as for their repair and restoration, it will cost millions of dollars," he said.

According to him, the rest of the artifacts were transferred to a safe place to protect them from air strikes.

Earlier, the UN Security Council issued a resolution on the criminalization of attacks on historical monuments in Yemen.

"This decision will become an important part of the accusations against the ongoing hostilities and the countries that are involved in them. After the stabilization of the situation, Yemen will file a lawsuit with the international court against the countries that conducted these barbaric actions," al-Siyani concluded.

Late last month, Ismail Zaidan, information officer at the Ministry of Education of Yemen, told Sputnik that the Saudi-led coalition of Arab states has destroyed over 2,300 schools in Yemen in the past two years.

© REUTERS / Khaled Abdullah
People are pictured near their tent at a camp for internally displaced people in Dharawan, near the capital Sanaa, Yemen, February 28, 2017

The damage suffered by the education process as a result of the aggression against education institutions has reached 2,306 schools and other institutions, which were fully or partially destroyed," Zaidan said.

According to Zaidan, the operation has created $400 million in damages and left dozens of teachers and pupils dead in the wake of the ongoing hostilities.

© AFP 2021 / SALEH AL-OBEIDI
Saudi-Led International Coalition's Military Operation in Yemen
On March 26, 2015, the Riyadh-led coalition started carrying out airstrikes in Yemen against Houthi fighters at the request of the Yemeni President as part of his Operation Decisive Storm.

According to the latest UN figures, the armed conflict in Yemen has resulted in over 14 million people losing regular access to and over 3 million people becoming internally displaced.

In January 2017, Jamie McGoldrick of the UN Office for the Coordination of Humanitarian Affairs said that the civilian death toll in the two-year conflict had reached 10,000, while 40,000 had been injured.

Moscow Reaffirms Support of Resumption of Peace Talks in Yemen