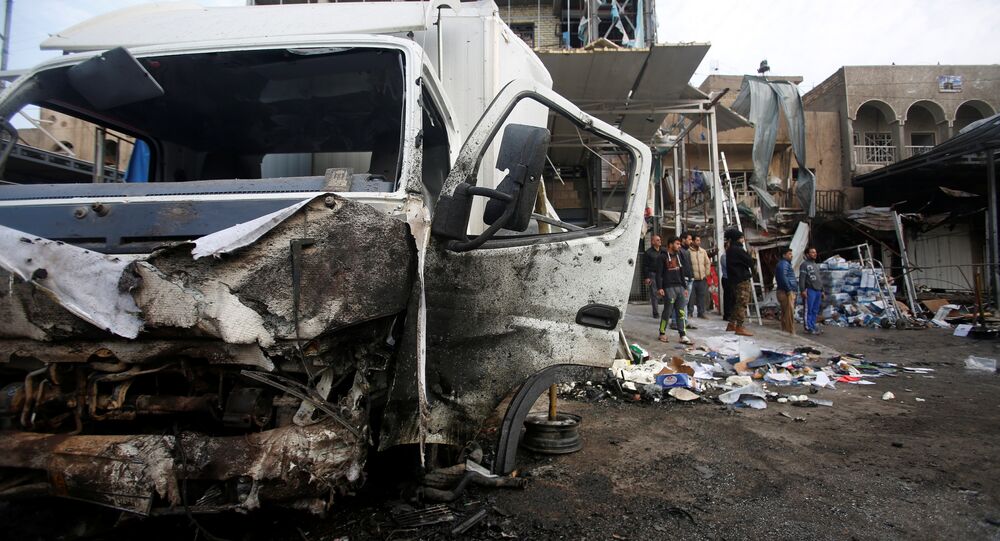 A total of 543 Iraqi civilians have been killed with another 561 wounded as result of terrorism, violence and armed conflict in the country, the United Nations Assistance Mission for Iraq (UNAMI) said Sunday.

© REUTERS / Ammar Awad
No Accountability: UN Doesn’t Hold US Liable for Civilian Deaths in Iraq
MOSCOW (Sputnik) – Nineveh province, where the city of Mosul is located, was the most affected region with with 541 casualties (367 killed, 174 injured) followed by Baghdad with 84 killed and 246 injured respectively.

"The terrorists have used every possible wicked way to inflict casualties on civilians. Two car bombs killed or wounded many in the Baghdad area last month. In western Mosul, Daesh terrorists [Islamic State, outlawed in Russia] have forcibly transferred civilians, holding them as human shields as they retreated or at strategic locations in densely populated areas. In cases, Daesh has placed civilians in booby-trapped buildings that its terrorists used to launch attacks on government forces, shot at civilians attempting to flee to Iraqi security lines or deliberately shelled civilian areas," Special Representative of the Secretary-General (SRSG) for Iraq, Mr. Jan Kubis said, commenting on the figures.

The Iraqi operation to recapture Mosul, the key stronghold of the Islamic State terror group in the country, began in October 2016 and resulted in the liberation of Mosul’s eastern part this January. Fighting continues in the city's west.

No Accountability: UN Doesn’t Hold US Liable for Civilian Deaths in Iraq

Pentagon Continues to Underreport Civilian Casualties in Iraq and Syria