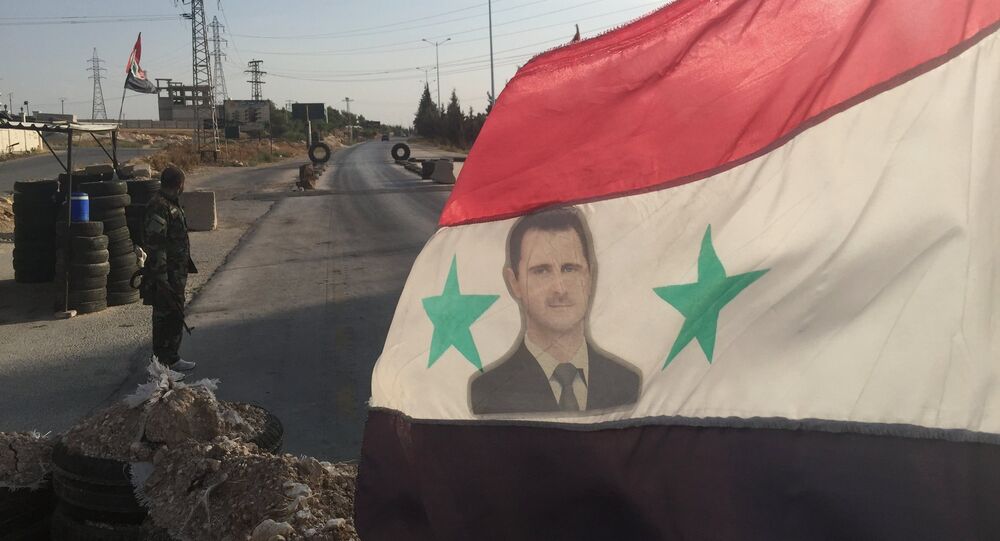 At least two people, including a surgeon, were killed in a hospital bombing in Syria’s Hama province, the MSF (Medecins Sans Frontieres, or Doctors Without Borders) humanitarian group has announced.

MOSCOW (Sputnik) – According to the group, the people inside the bombed building reported symptoms similar to those experienced during chemical attacks.

"At about 6:00 p.m. local time, Latamneh hospital in northern Hama governorate was targeted by a bomb dropped by a helicopter, which hit the entrance of the building. Immediately after the impact, patients and staff reported suffering severe respiratory symptoms and burning of mucous membranes — symptoms consistent with an attack using chemicals," MSF said on Friday.

According to the humanitarian organization, which provides support to the Latamneh hospital, at least two people were killed in the attack.

Multiple instances of chemical attacks have been reported in Syria, where government forces continue fighting with terrorist groups such as the Islamic State (IS, also known as Daesh) terrorist organization, banned in Russia and a range of other states.

Earlier this month, the Russian Defense Ministry called on the Organisation for the Prohibition of Chemical Weapons (OPCW) to review its methods of chemical weapon use monitoring, particularly with regard to Syria.