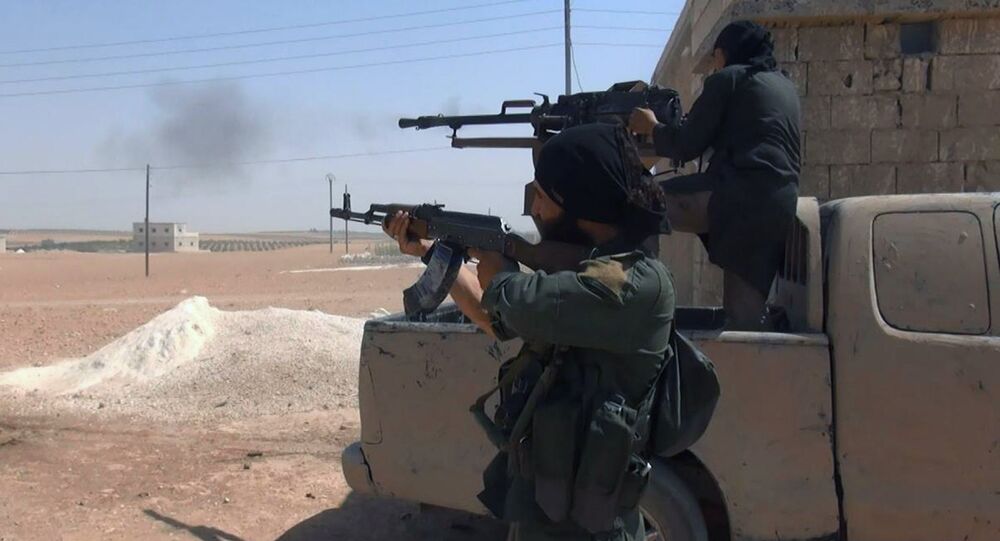 The United States will have to make hard decisions about moving forward in the operation against Daesh (banned in Russia) in Syria and will work with Turkey on advancing counterterrorism fight, a State Department official told Sputnik.

WASHINGTON (Sputnik) — On Thursday, US Secretary of State Rex Tillerson visited Turkey where he held discussions on counter-Daesh efforts.

"The Secretary [Tillerson] had very good conversations in Ankara and noted that while difficult decisions need to be made, we will continue to work together [with Turkey] on the way forward," the official said on Friday.

Turkish presidential spokesman Ibrahim Kalin said Friday that Ankara presented to US President Donald Trump a plan for the liberation of Syria's Raqqa from Daesh, but there has been no response yet.

© AFP 2021 / JOSEPH EID
White House: US 'Must Accept' Political Reality That Assad is Syria's President
"As the Secretary [Tillerson] said yesterday, there was an exchange of views and a discussion on the available options to defeat ISIS [Daesh] in Syria," the official said when asked about the Turkish proposal.

Tillerson said in Ankara that Turkey and the United States are negotiating, among other topics on Syria, different options for creating stabilization zones in the war-torn nation.

He added that the United States sees Turkey "as a key partner for stabilization effort" in areas once held by Daesh.