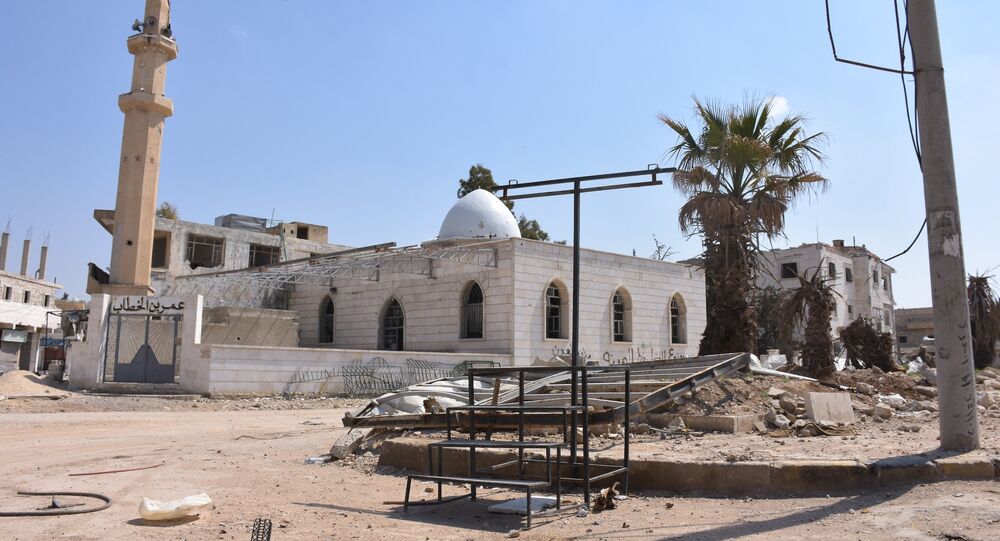 US service members were not killed by a Daesh drone in Syria despite claims from local groups, an Operation Inherent Resolve spokesperson told Sputnik on Friday.

© REUTERS / Khalil Ashawi
Turkey Presents Plan of Raqqa Liberation From Daesh to US - Erdogan's Spokesman
WASHINGTON (Sputnik) — No US service members were killed by a Daesh (banned in Russia) drone in Syria despite claims from local groups, an Operation Inherent Resolve spokesperson told Sputnik on Friday.

On Thursday, the monitoring group Raqqa24 said a US service member had been killed a few days prior by a bomb dropped by a small Islamic State drone in the Krin camp near Tabqa in Syria.