The Syrian government forces have gained control over 16 settlements in the north of the Hama province in the past 24 hours, a Sputnik correspondent reported on Friday.

HAMA (Sputnik) — According to Syrian military personnel taking part in Hama offensive against al-Nusra Front, terrorists suffered heavy losses and retreated to the border with the Idlib province. 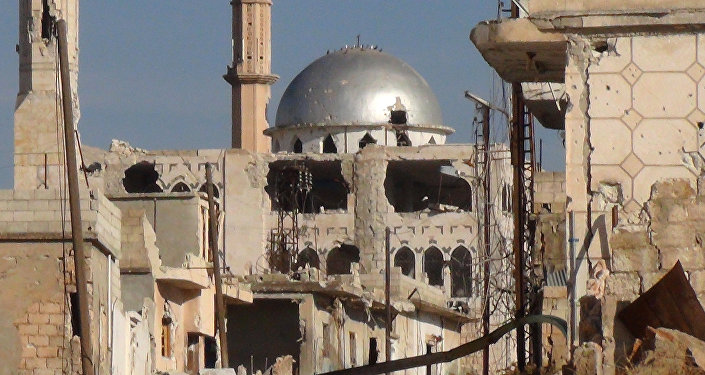 © AFP 2019 / BARAA ABUL FADL
Syrian Army Eliminates 2,200 al-Nusra Front Terrorists in Hama Since March 23
On Tuesday, the Russian General Staff said that a group of 10,000 ex-Nusra Front militants attempted to capture the Syrian city of Hama. Over 2,100 militants have been killed in four days, with the operation continuing to this day and Syrian troops entering a counteroffensive.

According to the Syrian Defense Ministry, the army has eliminated over 2,200 militants from al-Nusra Front terrorist group and affiliated armed groups in Hama since March 23.