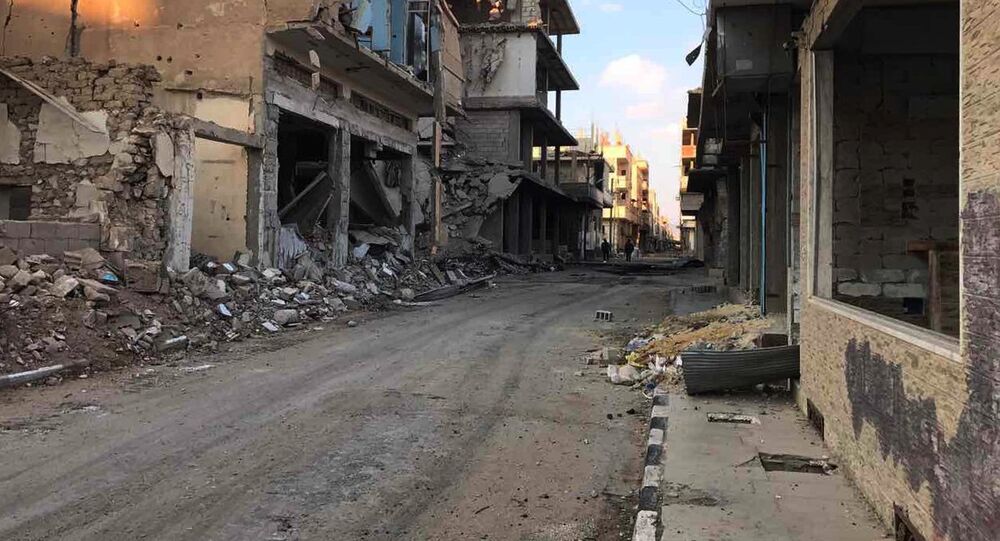 "At the same time, the number of violations of the cessation of hostilities is not decreasing. Moreover, there are cases of open breaches of the existing ceasefire," Rudskoy said at a briefing.

He noted that a total number of truce participants has climbed to 1,397 after 116 settlements joined it in a month.

"The number of opposition units declaring adherence to its observance increased to 200," Rudskoy added.

© AFP 2021 / MAHMOUD TAHA
Some 1,300 People, Including 436 Militants, Leave Syria's Homs
Almost 1,900 people, including nearly 650 militants, have left the city of Homs in Syria on the second day of a local ceasefire agreement, the Russian General Staff said Tuesday.

"The second stage of transporting gang formations from the Al-Waer area took place yesterday, during which 644 militants and 1,247 members of their families have left the city," chief of the Russian General Staff Main Operational Directorate Col. Gen. Sergei Rudskoy said.

Rudskoy added that more than 600 militants have "returned to peaceful life using the amnesty announced by the government of the Syrian Arab Republic."