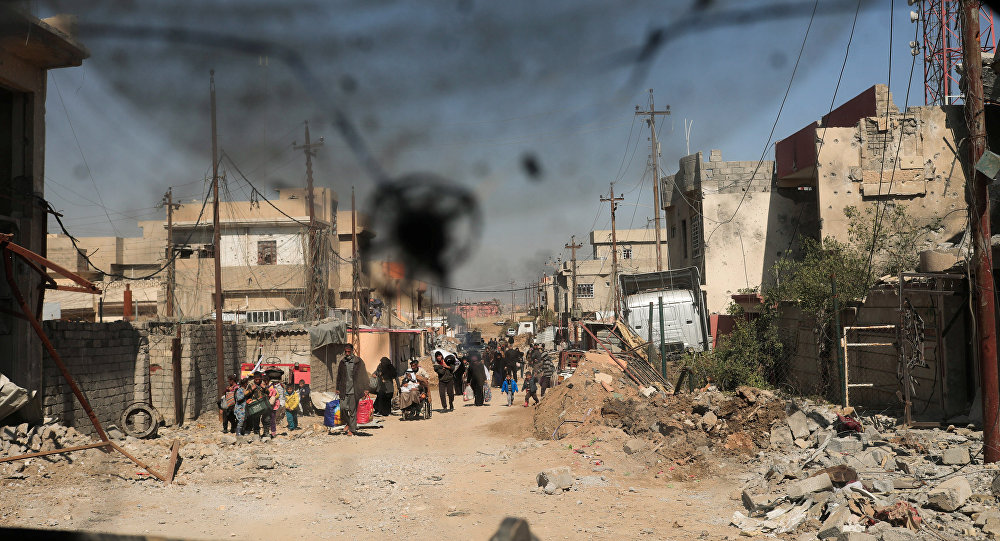 Private intelligence firm Soufan Group claims that despite any protection measures, more and more civilians will be killed in Mosul.

WASHINGTON (Sputnik) — The death toll for civilians will rise despite efforts to protect noncombatants, because of the Daesh terrorist group’s use of trapped residents as both hostages and weapons during a territorial last stand in Syria and Iraq, the private intelligence firm Soufan Group said in a report on Monday.

"There are still tens of thousands of civilians in western Mosul, and likely several thousand Islamic State [Daesh] fighters; the combination of these factors, coupled with a dense urban warfare environment, is a recipe for civilian disaster no matter how careful the US-led coalition and Iraqi Security Forces (ISF) are as they retake the city," the report stated.

The same applies to the Syrian city of Raqqa, which Daesh considers the capital of its self-declared caliphate.

US Air Force
'We Are Shocked': Berlin Calls for Investigating Deadly US-Led Airstrike in Iraq
The report followed US confirmation late last week that it conducted airstrikes on an apartment building in Mosul in which as many as 200 civilians later died.

The airstrike occurred in western Mosul on March 17, according to the US military, and the building collapsed nearly a week later.

The Iraqi government has claimed Daesh blew up the building, while the US military said it is investigating the incident.

Mosul Airstrikes: US Seeks to 'Shift Blame' for Civilian Casualties