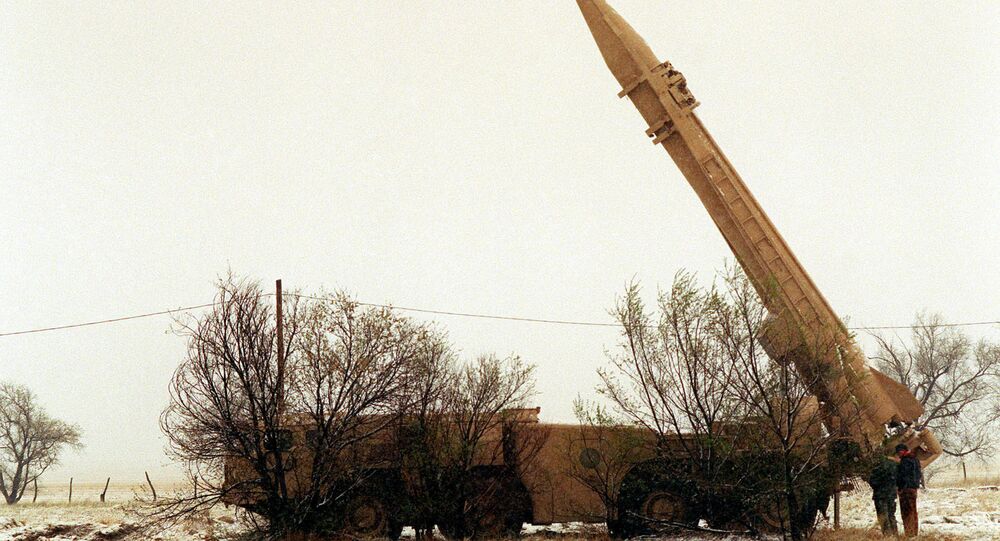 The Syrian government has announced that it will retaliate should Israel continue to conduct airstrikes on Syrian territory.

© AFP 2021 / STR
Why Israel is 'Deeply Interested' in Continuation of Syrian War
Any further airstrikes on Syrian territory will be met with deadly force and retaliation strikes deep within Israeli soil, they said.

According to the message, delivered via Russian mediators, attacks on Syrian military objects will be met with Scud missiles launched at Israeli military (IDF) bases. If Israel attacks civilian infrastructure, Syrian missiles will be fired at Israel's Haifa port and petrochemical plant. The missiles will be launched without any prior notice, the statement said.

The notice follows Syrian President Bashar al-Assad's March 20 statement that protecting its borders is the right and obligation of every nation.

"Syria's forceful response to the Israeli attacks changed the rules of the game," said Syrian Ambassador to the UN Bashar al-Jaafari. He added that the threatened response is "appropriate and in line with Israel's terrorist operation," and that Israel "will now think a million times [before striking again]."

On March 17, Israeli military reported several airstrikes on Syrian territory; they were followed by several anti-aircraft missiles launched at Israeli warplanes flying over Syrian territory. One of the missiles was reportedly intercepted by Israel's Arrow missile defense system. However, Syrian authorities claim they successfully downed an Israeli plane not far from Damascus.

According to Israeli leadership, the airstrikes are aimed at fighting advanced weapons smuggling to Hezbollah in Lebanon across Syrian territory.

"Our politics is very consistent," Israeli Prime Minister Benjamin Netanyahu said in the wake of the airstrikes. "When we know about an attempt to smuggle weapons to Hezbollah, we do whatever we can to prevent this from happening, provided we have sufficient information and capabilities to react."

According to media reports, during his meeting with Russian President Vladimir Putin, Netanyahu vowed to continue fighting attempts to smuggle weapons to Hezbollah through Syria. Netanyahu denied reports that he was told to cease military operations in Syria.

Israel and Syria have not engaged in any kind of serious military confrontation since civil war broke out in Syria six years ago. The sporadic, over-the-border fire is dismissed by Israeli authorities. There are about 800 Soviet-made Scud missiles, capable of delivering half a ton of explosives, located in Syria.