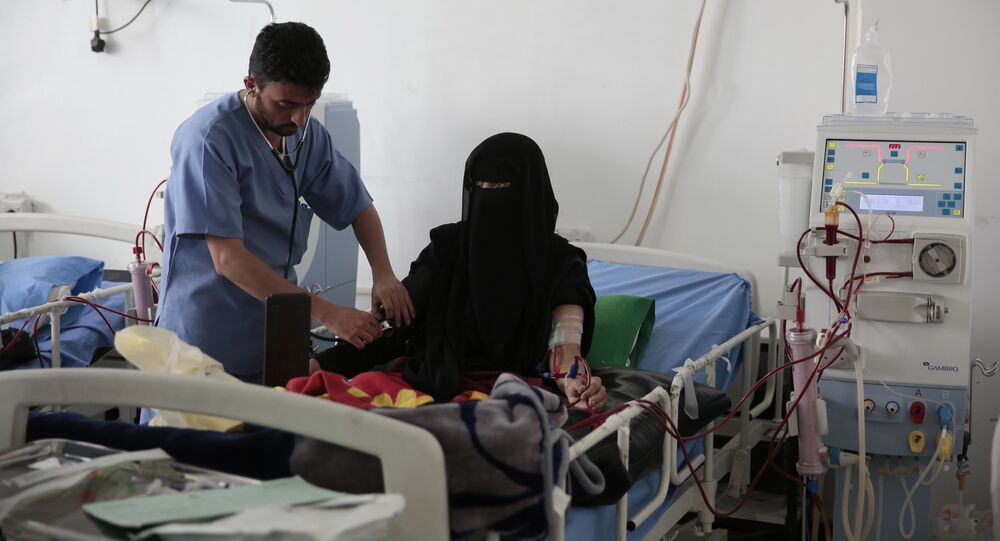 MSF Yemen Head of Mission Djoen Besselink said that more than 56,000 war-wounded patients have been treated by the international humanitarian non-governmental organization Medecins Sans Frontieres, also known as Doctors Without Borders, in Yemen over the last 22 months.

"In the last 22 months MSF teams have treated more than 56,000 war-wounded patients and almost 28,700 surgeries have been performed. 23,489 babies have been delivered. More than 4,400 children have been admitted with severely acute malnutrition to MSF therapeutic feeding programs, and more that 2,400 tons of medical supplies have been brought into the country," Besselink said.

He highlighted that the Yemeni health care system needed a "significant scale up in support to avoid a total collapse."

"The lack of functional health structures, equipment, personnel and supplies is putting thousands of people at great risk," Besselink added.

According to the MSF mission head, the health care system situation worsened as a result of nonstop attacks on hospitals and civilians by warring parties.

"Hospitals and civilians are disproportional affected by warring parties in Yemen. MSF hospitals have been hit 4 times. All parties to the conflict must do all they can to reduce the disproportionate suffering of the people in Yemen," he said.

Besselink stressed that the MSF was calling on all sides of the conflict to respect international humanitarian law, ensure the protection of civilians, medical structures and personnel, and provide the wounded and sick with unrestricted access to health care.

The humanitarian situation in Yemen is being exacerbated by the limited presence of international actors and aid donors on the ground, Medecins Sans Frontieres (MSF, Doctors Without Borders) Yemen Head of Mission Djoen Besselink told Sputnik on Friday, adding that it was necessary to ensure aid is delivered to those in need outside the Yemeni capital.

"International aid actors, donor governments and all parties to the conflict must ensure that aid is delivered to those in need (via real activities on the ground with meaningful impact such as shelter, clean drinking water). The humanitarian actors present in the country need to scale up significantly in view of the needs and ensure aid is reaching beneficiaries outside of the capital," Besselink said.

He added that the MSF had limited access to some parts of the country, particularly the besieged areas in the southwestern city of Taiz.

On March 24, 2015, a Saudi-led coalition of Arab countries launched Operation Decisive Storm, which has since been carrying out airstrikes against the Houthis at Hadi's request.