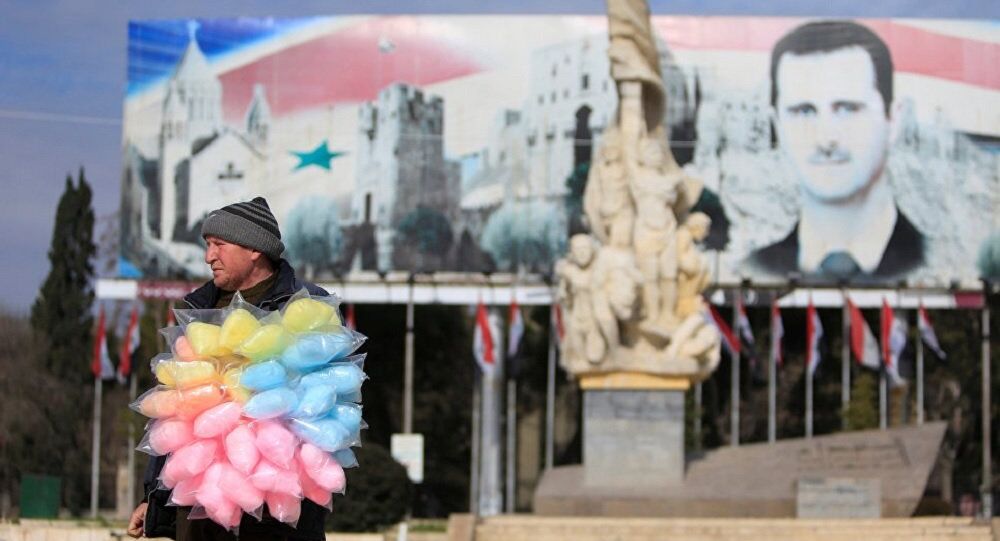 The governor of the Syrian province of Aleppo, Hussein Diyab, expressed on Tuesday his hope that Europe joins Russia, China and Iran in supporting Damascus in its struggle against terrorism.

ALEPPO1 (Sputnik) – He pointed out that “the blood of the killed servicemen, officers and generals of Syria and Russia became a lighting house lighting” toward the galvanization of the joint Syrian-Russian struggle against terrorism.

“We thank Iran and China for their support for our position in the struggle against terrorism. We would like our European friends to provide us with the same support because not only Syria but the whole world is threatened by terrorism,” Diyab said at the meeting with Russian lawmakers as well as representatives of the Parliamentary Assembly of the Council of Europe (PACE).

“We are grateful for Russian people, president and government for the support for the Syrian people against terrorism,” the governor said.

“We confirm that we will be your partners also in the future,” Diyab added.

Aleppo, Syria's second largest city which used to be the country's economic capital, has been mired in the civil war since August 2012 with the western part of the city has been controlled by the Syrian army while the eastern part was occupied by various Islamist and rebel groups, including al-Nusra Front terrorists.