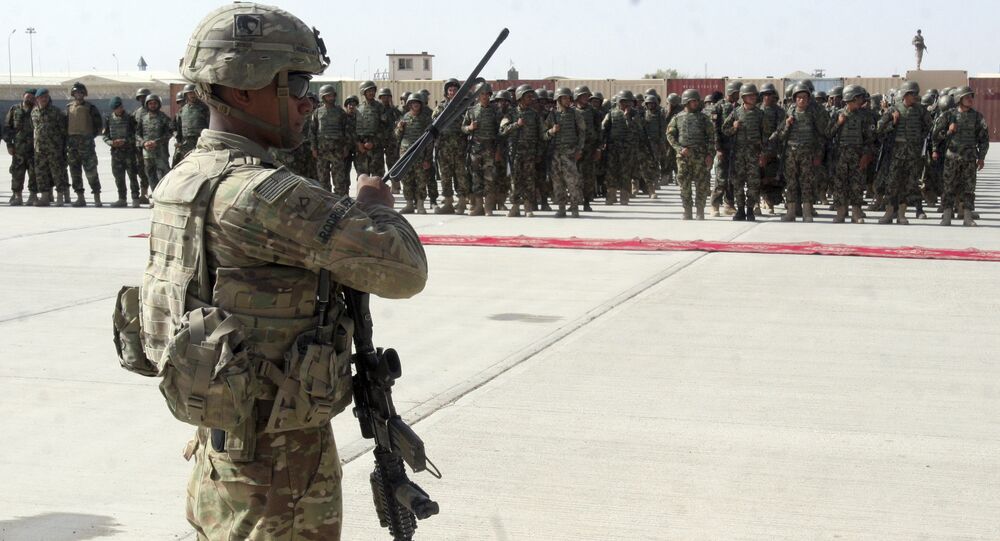 Three US Army soldiers were shot and wounded by an Afghan soldier on Sunday, March 19, in an apparent "insider attack" in southern Afghanistan's troubled Helmand Province.

During an assault, the offending soldier was shot and killed by coalition security forces, according to US military spokesman Capt. William Salvin.

"The US soldiers are receiving medical treatment at this time and we will release more information when available," he said.

The severity of the wounds inflicted on the three men has yet to be disclosed by officials.

#ANA soldiers are currently in #training in #Helmand. Our advisers & seasoned ANA NCOs are there to ensure they are ready to fight #ForAFG pic.twitter.com/ahb3by3kTz

The apparent "insider attack" happened around 1:30 pm local time at Camp Antonik in the Washer District in Helmand, during a military training exercise, Afghanistan's TOLO news had reported.

The news outlet also said that the attacker deliberately fired on US forces which contradicts Afghan army spokesman Col. Mohammad Rasoul Zazai's claim that the soldier made a "mistake" and had not fired deliberately.

US officials have yet to disclose if the shooting involved a Taliban sympathizer, a personal dispute or a cultural misunderstanding.

Although a large number of allied troops were withdrawn from the volatile nation in 2014, the Pentagon still has 8,400 troops deployed in Afghanistan to train and advise Afghan forces.

Insider attacks, sometimes referred to as "green on blue" shootings, on US military personnel were more frequent in the early years of the Afghan War.

In total, there have been 94 insider attacks in in Afghanistan, with at least 150 foreign soldiers killed and 187 wounded since 2008, according to the Long War Journal blog.

The latest shootings come as the US confirmed it will be sending a few thousand extra troops to the country to help combat Taliban insurgents who claimed responsibility for an attack that killed around 16 civilians in the capital Kabul earlier in March.

© AP Photo / Rahmat Gul
Afghan Forces Kill 53 Militants in Eight Joint Operations Across Country
Gen. John W. Nicholson Jr., the top US military commander in Afghanistan told the Senate Armed Services Committee in February that "we have a shortfall of a few thousand" who will be sent to support Afghan military.

Kabul's US-backed government is struggling to retain control of the country from Taliban rebels. About 57% of districts nationwide are under government control, down 15% from November 2015.

Also on Sunday, March 19, around 13 Taliban militants were killed and a dozen others were wounded during counter operations in the southern Zabul province, the governor's spokesperson, Gul Islam Siyal, told Pajhwok Afghan News.