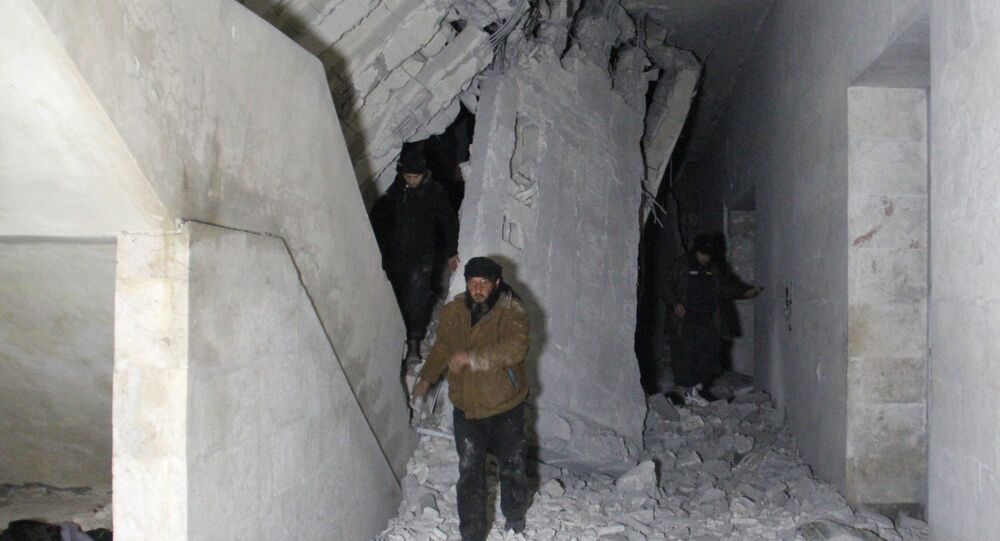 A recent deadly bombing of a mosque in Syria is a "war crime," which is unacceptable, Turkish Deputy Prime Minister Numan Kurtulmus said Friday.

MOSCOW (Sputnik) — On Thursday, the Syrian Observatory for Human Rights reported about an airstrike that hit a mosque in al-Jinah settlement in the western countryside of Syria's Aleppo province in the vicinity of the province of Idlib. At the moment it is not clear, who had carried out an airstrike, however on Friday, the United States confirmed an airstrike in Idlib against terrorists, but denied targeting mosques in Syria.

"This is a crime against humanity, this is a war crime… Bombing civilians, people in the mosque, and a house of worship is unacceptable," Kurtulmus said, as quoted by the Anadolu news agency.

He added that it would be clear, who had conducted the airstrike in the near future.

Earlier in the day, the Russian Defense Ministry said that Moscow was awaiting comments from the US Department of Defense on the airstrike.

US Military Confirms Deaths of 21 Syrian, Iraqi Civilians in Strikes in 3 Months