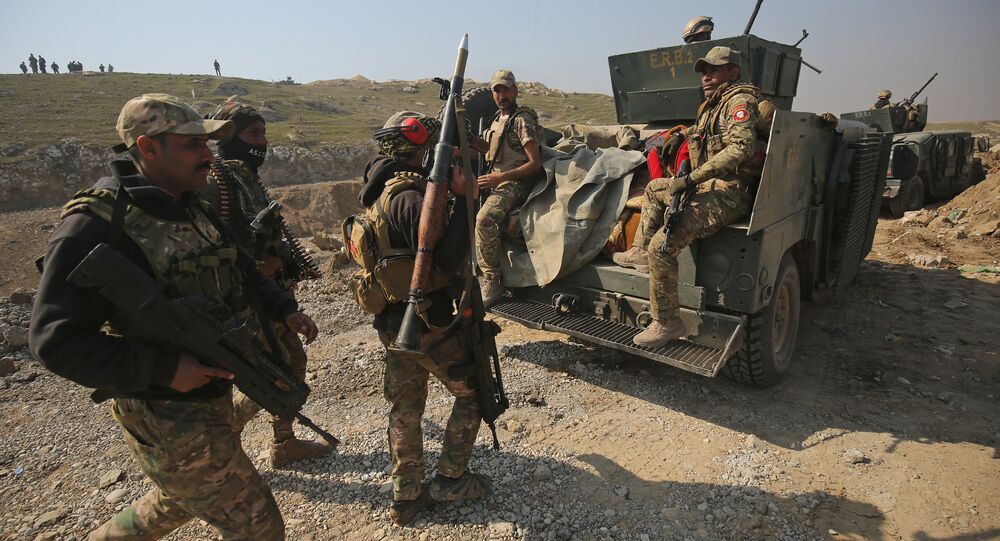 Foreign fighters from the Daesh terror group (banned in many countries) have been clashing with local jihadists from Iraq after receiving more power from their leader Abu Bakr al-Baghdadi, Operation Inherent Resolve spokesman Col. John Dorrian said in a briefing on Wednesday.

WASHINGTON (Sputnik) — On March 8, a US defense official told reporters that there are about 15,000 Daesh militants on the territory of Iraq and Syria. The official added that there are some 2,500 fighters in the Iraqi city of Mosul and 3,000-4,000 operatives in Syria’s Raqqa.

"This has been a source of tension amongst the enemy, and we expect that to continue," he concluded.

The spokesman said the Daesh leader knows foreign fighters are in no position to leave because they will be easily found.

'Terrorists Were on Our Roof': Iraqi Woman Reveals Details of Mosul Liberation