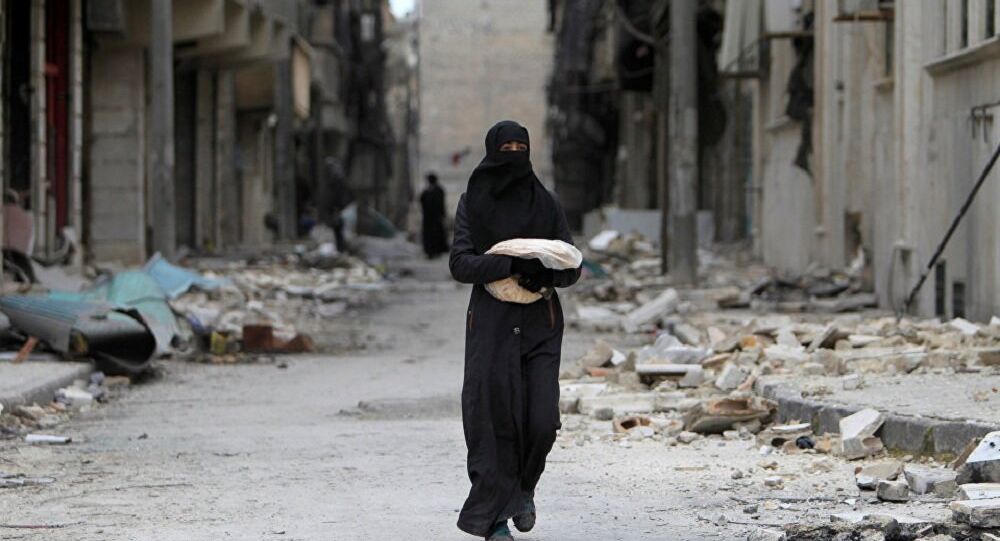 The humanitarian situation in Syria remains very difficult, and while most of the Aleppo province has been cleared from armed groups, the plight of its civilians is not over yet, Head of the International Committee of the Red Cross (ICRC) delegation to Syria Marianne Gasser told Sputnik.

ASTANA (Sputnik) — The civil war between the Syrian government troops and numerous opposition and terrorist organizations has been ongoing for six years, starting on March 15, 2011 with mass protests in the southern city of Daraa. According to UN data, there are 13.5 million people in need of humanitarian assistance in Syria, and over $3 billion is required to supply these people with life-saving aid in 2017.

"There are still hundred thousands people displaced within the city and hundreds of families who returned to their neighborhoods in the Eastern part of the city. They have little access to food, water and healthcare," Gasser said.

She pointed out that the ICRC, alongside the Syrian Arab Red Crescent (SARC), was making efforts to respond to people's needs, in particular, by providing hot meals, water and daily essentials, as well as assisting health facilities with medicines and equipment.

However, Gasser highlighted that all this was not enough and more assistance was needed.

"People, whether on the move, residents or besieged, are suffering and trying to survive under precarious conditions. Reaching them and alleviating their suffering is our priority and it is crucial to allow humanitarian organizations to have regular and unimpeded access to civilians who are in need, be it besieged, hard to reach areas or elsewhere," Gasser added.