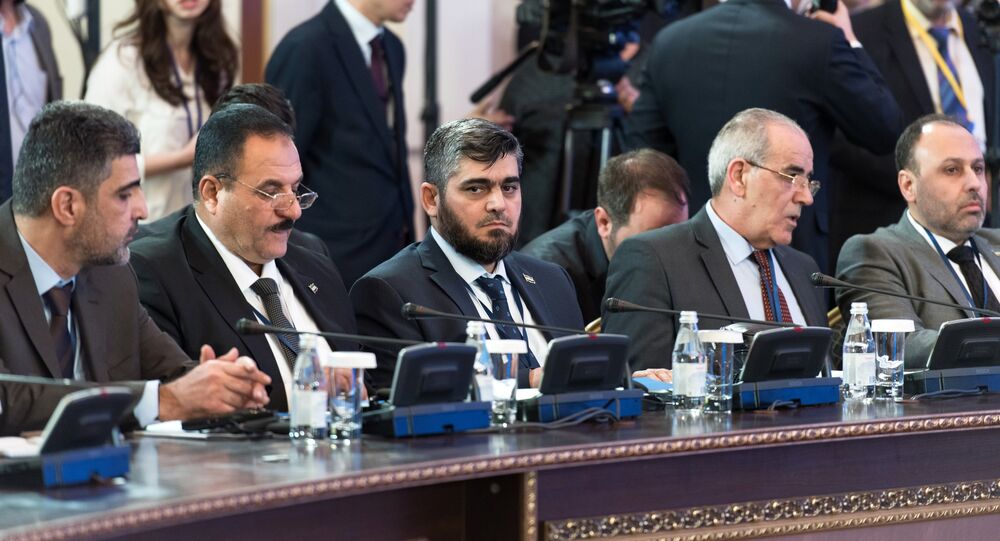 Putting Out the Flames of War in Syria

The third round of talks on Syrian settlement kicked off in the Kazakh capital Astana on Tuesday with a bilateral meeting between the UN and Russian delegations, Sputnik reported on Tuesday.

© Sputnik / Michael Alaeddin
Astana Talks Participants Prepare Appeal to UN on Assistance in Palmyra Demining
A plenary meeting is scheduled for Wednesday. Meanwhile, members of the armed Syrian opposition who participated in the two previous rounds have refused to attend, which could drag out the talks.

In an interview with Sputnik Turkey, Abdullah Ağar, a former Turkish commando and an expert in counterterrorism operations, commented on the prospects of the Astana talks.

“The talks in Astana are crucial for Syrian settlement as they make it possible to single out and solve a wealth of issues pertaining to the crisis. They also minimize the risk of a deadlock in Geneva,” Abdullah Ağar said.

He added, however, that the participants of the Astana talks should avoid concentrating too much on the political aspects of the matter.

“The opposition delegation prefers to focus on the military and humanitarian sides of the problem. There remain certain divisions regarding forced deportations and stricter control over and monitoring of the ceasefire regime,” Ağar told Sputnik Turkey.

© AP Photo / Bassem Mroue
Syria Armed Opposition Delegation Head Confirms Decision Not to Take Part in Astana Talks
He added that if all representatives of the conflicting sides in Syrian joined Astana talks between the Syrian government and the opposition, a solid framework for the Geneva peace process would be provided.

“However, the Geneva talks should be started only after all the loose ends have been tied up in Astana,” Abdullah Ağar emphasized.

In an interview with Sputnik, Khalaf al-Muftah, the head of cultural and media affairs at Syria’s ruling Baath party, said that the format of the Astana talks was preferable to the one in Geneva because it was more effective in “putting out the flames of war.”

“I believe that the Astana-1 and Astana-2 meetings hold the key to a lasting settlement because they look at the core of the problem, which is terrorism,” he said.

“Geneva is more about a political settlement, while Astana is doing a better job putting out the flames of war,” Khalaf al-Muftah emphasized.

He pointed to the participants’ different understanding of the nature of the Syrian crisis as the main downside of the Geneva talks.

“We say that the crisis is about terrorism, which must be rooted out, while they see it as the crisis of the [Damascus] regime,” he said adding that the opposition used terrorism as a shortcut to seizing power.

© Sputnik / Bolat Shaikhinov
Reasons Behind Syrian Opposition Skipping Astana Talks Not Convincing - Lavrov
The first round of Astana talks on Syria brokered by Russia, Turkey and Iran were held on January 23-24 and resulted in a Moscow-Tehran-Ankara agreement on the establishment of a trilateral mechanism to monitor the ceasefire in Syria.

The second round of the Astana talks took place on February 15-16, with the participants agreeing to set up a ceasefire monitoring group, comprising Iran, Russia and Turkey, that would report to the United Nations.

Kremlin Aware of Challenges to Astana Talks on Syria