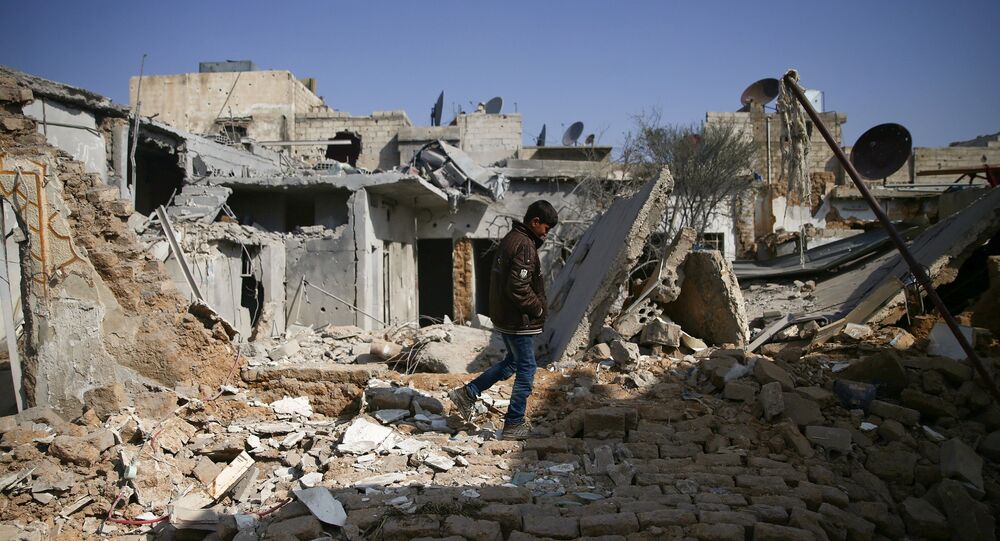 652 Children Killed in 2016 During Conflict in Syria – UNICEF

In war-torn Syria, 2016 was the worst year on record for the upcoming generation, with at least 652 child deaths, UNICEF said on Sunday.

The agency released a report two days prior to the sixth anniversary of a popular uprising in Damascus that escalated into an armed rebellion and resulted in a full-blown civil war, now in its sixth year.

© REUTERS / Rodi Said
US Dispatches New Batch of Armored Vehicles, Military Personnel to Syria for Raqqa Offensive
According to UNICEF, the number of child fatalities in the violent conflict increased 20 percent since 2015, with 255 of the children killed in or near a school. Millions of others were forced to flee their homes and are now living as refugees in Turkey, Lebanon, Jordan, Egypt and Iraq.

The report highlighted the problem of quickly-eroding medical care leading to dozens of child deaths from preventable diseases. About six million children now depend on humanitarian aid, 12 times the number in 2012, the report says.

Also, there remains the problem of child recruitment, UNICEF stressed. Only last year, more than 850 children were occupied in armed factions' violent acts, including executions and suicide-bomb attacks.

"The depth of suffering is unprecedented. Millions of children in Syria come under attack on a daily basis, their lives turned upside down…" Geert Cappelaere, UNICEF regional director for the Middle East and North Africa, said in a news release.

"Each and every child is scarred for life with horrific consequences on their health, well-being and future."

Another report published last week by Save the Children found that over 70 percent of Syrian children are suffering from post-traumatic stress. Such levels of ‘toxic stress" can cause lifelong health problems, struggles with addiction and mental disorders.

UNICEF has called on all parties to the conflict and those having influence over them to find an immediate political solution to end the violence.

Trump Not Considering Increased Cooperation With Russia in Syria - Reports