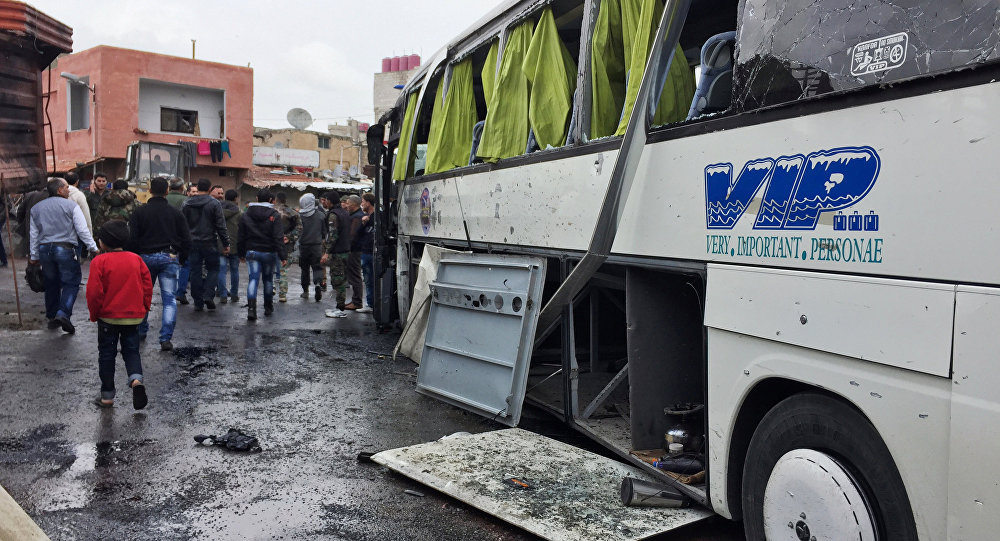 The Iraqi Foreign Ministry said about 40 nationals were killed by two blasts in the Syrian capital on Saturday.

DAMASCUS (Sputnik) — About 40 Iraqi citizens have been killed and over 100 injured as a result of a twin blast in the Syrian capital's Bab Mousalla district, the Iraqi Foreign Ministry said in a statement obtained by Sputnik on Saturday.

"The initial data indicates the death of about 40 Iraqis and 120 injuries after their buses were blown up," the ministry said, adding that it was following the situation through the country's embassy in Damascus.

© REUTERS / Akhtar Soomro
Pakistan Armed Forces Killed Over 100 Militants in 24 Hours Since Shrine Attack
According to the ministry, Iraqis were visiting the sacred tombs in the Bab al-Saghir district.

In cooperation with the Syrian authorities, the Iraqi Foreign Ministry has "created a crisis cell for counting all the victims" as well as to "ensure the speedy transportation of the victims' bodies."

The blasts took place near the Bab al-Saghir cemetery. A Syrian security source told Sputnik earlier in the day that at least 33 people were killed and over 100 injured in the blasts. Most of those injured have now been hospitalized and are undergoing treatment, the source said.