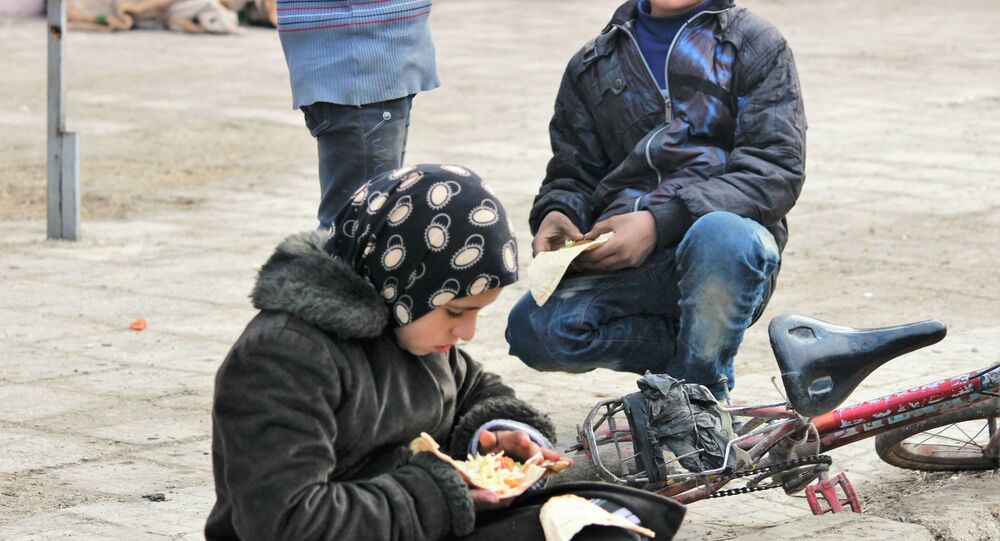 Russia Passes Humanitarian Aid, Including Children's Toys to Over 3,000 Syrians

Russian servicemen have delivered over 2 metric tons of aid to more than 3,000 Syrian residents in the past 24 hours.

Ministry of defence of the Russian Federation
Russia Must Play Role in Ending War in Syria Via Political Settlement - London
MOSCOW (Sputnik) – Russian servicemen have delivered over 2 metric tons of aid to more than 3,000 Syrian residents in the past 24 hours, including presents for children, the Russian center for Syrian reconciliation informs.

"Within [the] last 24 hours, 3,250 citizens have received humanitarian aid," the center said in its daily bulletin posted on the Russian Defense Ministry website on Saturday, specifying that the aid was distributed in the course of 7 humanitarian events – six in Aleppo province and one in the province of Hama.

The total weight of the humanitarian aid was 2.3 tonnes (metric tons).

"Children have received 50 gifts, office supplies and toys in a school of al-Rukeita in the Hama province," the center added.

In addition, Russian aircraft delivered over 20 metric tons of UN-provided food to the Deir ez-Zor area.

Russia has been providing Syrian civilians with medical help and regular humanitarian aid deliveries to help them survive through continuous fighting between Syrian government forces and various opposition and terrorist groups.