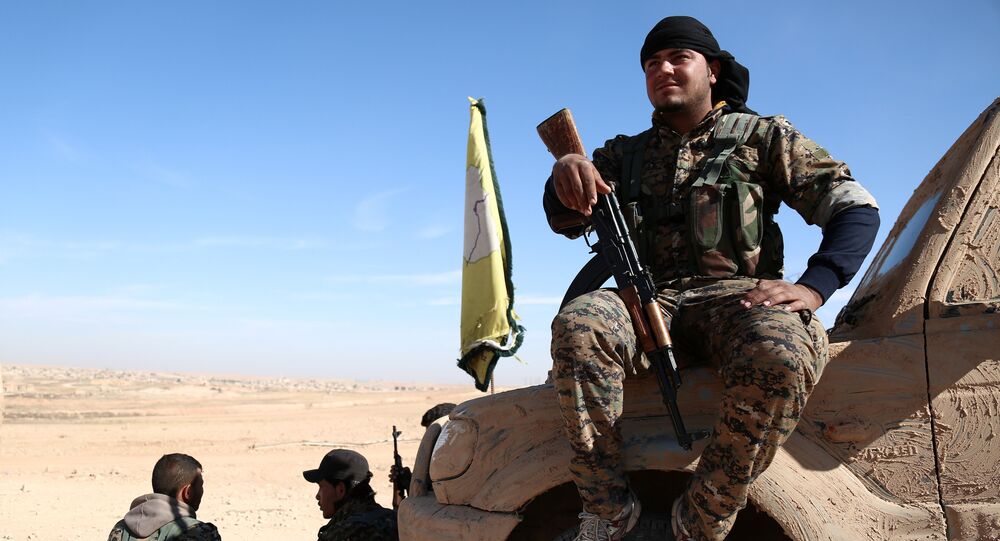 The units of the Kurdish-led Syrian Democratic Forces alliance (SDF) have liberated the strategic West Menxer Hill near the Syrian city of Raqqa from Daesh, the SDF statement read Thursday.

© AP Photo / Sakchai Lalit
US Marines Arrive in Syria to Aid Raqqa Offensive
DAMASCUS (Sputnik) — The US-backed SDF are now less than 12 miles away from Raqqa, which Daesh terrorists consider their capital. According to The New York Times citing a US defense official, an estimated 3,000-4,000 militants still remain in Raqqa.

On Monday, the SDF gained control of a road leading from Raqqa to Deir ez-Zor, cutting off an escape route for the terrorists.

The SDF were formed in 2015 as the defense force of northern Syria's de facto autonomous Rojava federation and are supported by the US-led anti-Daesh coalition.

Some Daesh Leaders Abandon Syria’s Raqqa Ahead of Upcoming Offensive