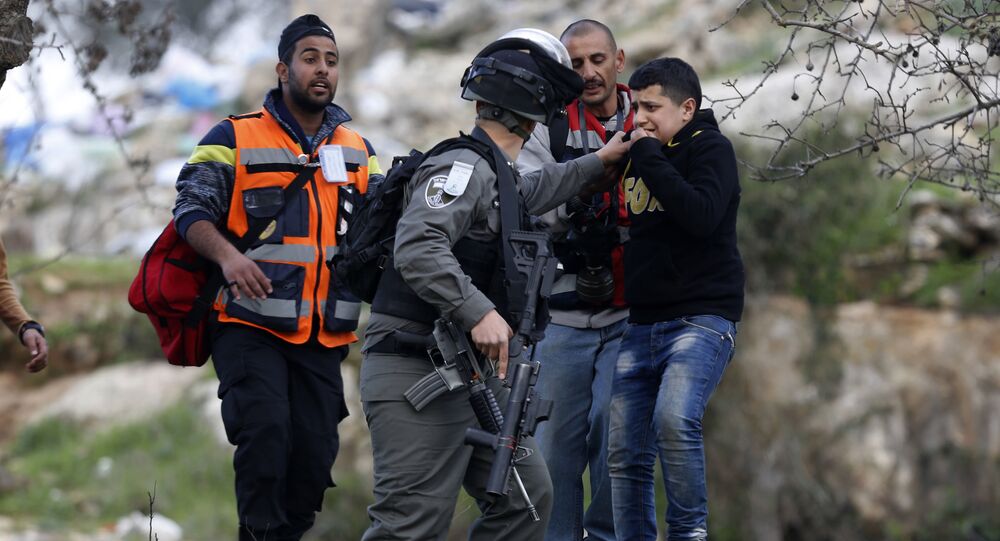 In the follow-up to Washington's latest warning to Israel that it is risking a crisis with the new US administration if it moves to annex the West Bank, Radio Sputnik talked to Israeli national security analyst Mark Heller about the seriousness of the warning and the remarks of the country's MPs which prompted the caution.

The United States has warned Israel not to annex the West Bank. That’s what Israeli Defense Minister Avigdor Liberman said on Monday, shortly before departing for a working visit to the US.

Speaking to the Israeli Parliament’s Foreign Affairs and Defense Committee, Lieberman implied that even the staunchly pro-Israel administration of Donald Trump has warned against annexing the West Bank.

“We received a message directly — not indirectly, not a hint — from the US, that Israeli sovereignty over the West Bank means an immediate crisis with the new administration,” Lieberman said, as cited by The Times of Israel.

The warning was in response to the announcement of Miki Zohar, an MP from Prime Minister Benjamin Netanyahu’s Likud party. Zohar had insisted that the two-state solution was dead and went on to propose discarding the idea of a two-state solution once and for all and creating a single Israeli state, where Arab citizens would be stripped of their political rights.

Radio Sputnik discussed the issue with Mark Heller, the principal research associate at the Institute for National Security Studies in Tel Aviv.

"I don't think that one can declare any political option dead until it has been publicly buried and the death certificate has been issued. And even then it might come back from the dead," he told Sputnik.

"No, I don't think it is dead. I think it is definitely in cold storage at the moment, but there is a kind of consistency over the course of the almost one hundred year-history of this conflict that it usually turns out to be the default option when everything else has been tried. The people who are now declaring that it is dead really have not come up with any viable alternative," he added.

The national security analyst also doubted that the call for a one-state solution could become part of an Israeli official stance. A bulk of the Israeli politicians, he said, have always been against the one-state solution for two reasons. First off, there is concern that Jews will become outnumbered and become a minority in that state and lose control of its government. Moreover, they could only retain control of that state by resorting to political measures which are anathema to a very large number of Jews.

© AFP 2021 / Wolfgang Kumm
Israeli Defense Minister Warns of Rift With US Over Any West Bank Annexations
Hence, he said, he is very skeptical that there will ever be a serious movement for the formal adoption of a one-state policy.

Mark Heller also commented to Sputnik on how the warning was met in Israel.

"Across most of the political spectrum, most people assumed that a unilateral act of annexation would be met with hostile response anyway. There were some thinkers within the ruling party, the Likud party, especially on the right, who actually got quite angry at the Defense Minister for making this warning to the US public because they will think that he was manipulating it for political purposes which ran contrary to their own preferences. Or, even more frighteningly, because they simply don't believe it," he told Sputnik.

However he doubted that it will have any effect on the bilateral relations between Israel and the US because it is highly unlikely that the Israeli government would respond to the calls that have come from a number of Knesset members to annex the areas in the West Bank which are currently under military occupation.