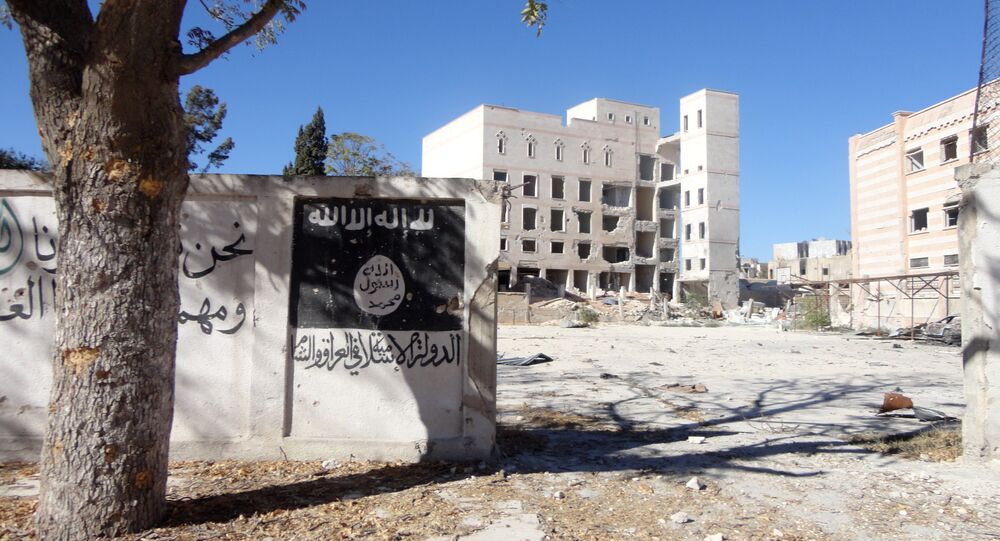 Pentagon Deploys Additional Troops to Manbij to 'Reassure and Deter'

The United States has deployed a small number of additional troops to Syria's Manbij on a new mission focused on reassurance and deterrence, US Department of Defense spokesperson Capt. Jeff Davis said in a briefing on Monday.

WASHINGTON (Sputnik) — Last week it was reported that the US military was "taking all necessary measures" to defend Manbij from a possible assault by Turkish troops.

Earlier, Turkish President Recep Tayyip Erdogan said that Syria's Kurdish Democratic Union Party (PYD) and Kurdish People’s Protection Units (YPG) must leave the northern city of Manbij as it is going to be the next target of Turkey-backed Free Syrian Army (FSA).

"We have made visible actions in deploying US forces as part of the coalition in and around Manbij to reassure and deter, and that is to deter parties from attacking any other parties other than ISIS [Daesh] itself," Davis told reporters.

© AFP 2020 / DELIL SOULEIMAN
Kurdish Forces Shed Light on Russia-Damascus Deal to Prevent Turkey's Attack on Manbij
The US and Russian militaries are aware of the location of each other's forces around the Syrian city of Manbij, he said.

On Friday, the Russian General Staff said Russia's center for the reconciliation of the warring parties in Syria sent the first food and medical supplies convoy to Manbij.

"They are certainly aware of where we are, and we are aware of where they are. There is no intention between the two of there being any conflict against any party other than ISIS."

US-Led Coalition Carries Out 2 Strikes Against Daesh Near Manbij

Russia Informs US of Moving Convoys to Manbij, US Operations Unaffected